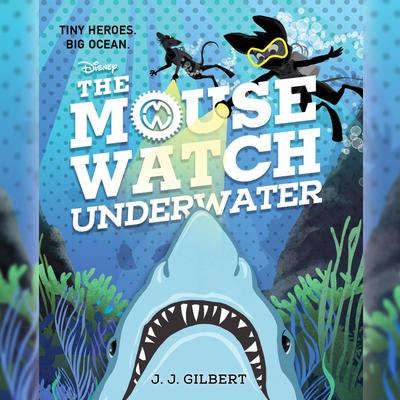 Bernie and Jarvis dive into one mind-blowing marine mission in this action-packed sequel to The Mouse Watch! Perfect for fans of Spy School! You've heard of the Rescue Rangers. Now meet the Mouse Watch. Six months after being recruited to the Mouse Watch, brave mouse Bernie and shy rat Jarvis are now officially Level One agents and are getting along like cheese and crackers! They've already completed their first successful mission, and now it's now back to basic training with the goal of moving up the ranks in the Mouse Watch. But more pressing matters are at hand (or rather, at paw). A mysterious radio transmission reveals that the S.S. Moon, a long-lost spy vessel, may still lie hidden under the sea. Legend has it that on board the ship is an energy source called the Milk Saucer that could save—or destroy—the planet. The Mouse Watch must get to it before it falls into the claws of their evil nemesis, R.A.T.S! Bernie and Jarvis suit up—in scuba suits, this time—for a deep-sea mission on a submarine the size of a shark snack. As they come whisker-to-whisker with hungry sea creatures, a mercenary mouse pirate, the underwater city of Catlantis, and nefarious nemeses at every turn, the pair will have to use every ounce of their bravery and ingenuity to find the Milk Saucer first—and save the world.