Made in America
by Michael Eric Dyson

This program is read by the author, and includes an introduction written by Pharrell, and read by Nick Cannon.

"Dyson's incisive analysis of JAY-Z's brilliance not only offers a brief history of hip-hop's critical place in American culture, but also hints at how we can best move forward." —Questlove

JAY-Z: Made in America is the fruit of Michael Eric Dyson’s decade of teaching the work of one of the greatest poets this nation has produced, as gifted a wordsmith as Walt Whitman, Robert Frost and Rita Dove. But as a rapper, he’s sometimes not given the credit he deserves for just how great an artist he’s been for so long.

This audiobook wrestles with the biggest themes of JAY-Z's career, including hustling, and it recognizes the way that he’s always weaved politics into his music, making important statements about race, criminal justice, black wealth and social injustice. As he enters his fifties, and to mark his thirty years as a recording artist, this is the perfect time to take a look at JAY-Z’s career and his role in making this nation what it is today. In many ways, this is JAY-Z’s America as much as it’s Pelosi’s America, or Trump’s America, or Martin Luther King’s America. JAY-Z has given this country a language to think with and words to live by.

MICHAEL ERIC DYSON—Distinguished University Professor of African American and Diaspora Studies, College of Arts & Science, and of Ethics and Society, Divinity School, and NEH Centennial Chair at Vanderbilt University—is one of America’s premier public intellectuals and the author of numerous New York Times bestsellers including Tears We Cannot Stop, What Truth Sounds Like, JAY-Z, and Long Time Coming. A winner of the 2018 nonfiction Southern Book Prize, Dr. Dyson is also a recipient of two NAACP Image awards and the 2020 Langston Hughes Festival Medallion. Former president Barack Obama has noted: “Everybody who speaks after Michael Eric Dyson pales in comparison.”

MICHAEL ERIC DYSON—Distinguished University Professor of African American and Diaspora Studies, College of Arts & Science, and of Ethics and Society, Divinity School, and NEH Centennial Chair at Vanderbilt University—is one of America’s premier public intellectuals and the author of numerous New York Times bestsellers including Tears We Cannot Stop, What Truth Sounds Like, JAY-Z, and Long Time Coming. A winner of the 2018 nonfiction Southern Book Prize, Dr. Dyson is also a recipient of two NAACP Image awards and the 2020 Langston Hughes Festival Medallion. Former president Barack Obama has noted: “Everybody who speaks after Michael Eric Dyson pales in comparison.”

Nick Cannon is a successful, multi-faceted entertainer: comedian, TV executive producer and host, filmstar/director, entrepreneur, philanthropist and children’s book author. He was cited by People Magazine as one of the “Top 10 Most Successful Young People in Hollywood.” Presently he is host of NBC’s “America’s Got Talent”. Through his highly successful multi-media company NCredible Entertainment, Cannon produces TV and film projects, including Nickelodeon’s Make It Pop (which recently got re-newed for a 2nd season), HALO Awards, and TeenNick Top 10, React To That. On the film side, Cannon made his first appearance on the big screen alongside Will Smith in Men in Black II. Other television credits include the classic feature film Drumline. He also starred as one of the lead character roles in Spike Lee’s controversial movie Chi’Raq. Noted by the New York Times as “one of the most recognizable personalities in teen media,” Cannon also actively serves as the CEO of the teen magazine Celebrity High, as well as Chairman of TeenNick, Nickelodeon’s television network aimed at the teen audience. 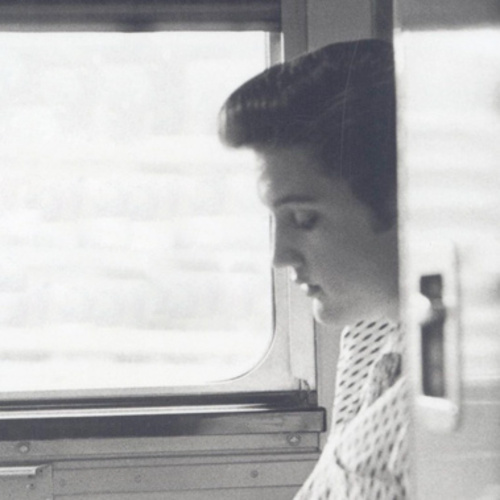 Named a November must-read by Salon | A The Washington Post 50 notable works of nonfiction in 2019 | Detroit Free Press' Holiday gift guide 2019: The best books that will inspire and delight readers

"This book is a long look into hip-hop’s critical place in culture. Dyson reveals the role of politics, criminal justice and social change in the words and music of JAY-Z." —Detroit Free Press

"Dyson has made a career out of contextualizing the struggles of Black America. With his latest work, JAY-Z: Made in America, he continues to unpack the catalysts and consequences of black creativity, power, and wealth... Ultimately, [Jay-Z's] rebellion started on the page—and Dyson is the perfect chronicler of its permanence." —Candace McDuffie, Christian Science Monitor

"A jewel of a book." —Veronica Chambers, Shondaland

"Under Dyson’s guidance, to read about Jay-Z is to learn not just about the journey and works but also about ourselves, our history, our world, and our way forward... we are sitting in a classroom under the spell of a captivating teacher." —Library Journal, Starred Review

"[Dyson] makes his case that as a truth-telling racial unifier, political influence, and 'vocal evangelist for developing generational wealth in black communities,' Jay-Z represents a symbol of 'overcoming' for hip-hop culture and American society." —Booklist

“Michael Eric Dyson, a preeminent public intellectual, has covered the waterfront of black cultural criticism — from politics to pop culture, from race to religion. With JAY-Z: Made in America, he returns to his roots and offers us a poignant portrait of one of hip hop’s most intriguing figures, a brilliant self-made man who, if he didn’t exist, you’d have to invent. This tour de force takes full measure of an icon who is an American original like no other!” —Henry-Louis Gates

“If you want the definitive treatment of a man who took it from Marcy Projects to the White House with wit, wisdom, and talent, and changed hip hop along the way, look no further than this insightful and moving book.” —Common

"My Brooklyn Homeboy JAY-Z is one of the most prolific and gifted rappers of all time. My man Michael Eric Dyson is uniquely qualified to interpret JAY-Z’s art and cultural meaning, and this dope book is all the proof we need." —Spike Lee

“As a proud standard bearer of hip hop’s golden age, I greatly admire Jay-Z’s lyrical talent, and just as important, his business acumen. This brilliant book not only explains Jay’s magnificent artistry and career, but it sheds light on the broader American culture as well.” —Queen Latifah

“Jay-Z is one of the most remarkable figures of our time. I identify with him as a person who started poor but who rose high to conquer our realms on our own terms. This brilliant work probes every dimension of this iconic American original.” —Tyler Perry

“Michael Eric Dyson is the perfect thinker and writer to grapple with Jay-Z’s artistic and political meaning. This is a fascinating and fulfilling book that eloquently engages one of the most profound and influential artists of our time.” —Al Sharpton

“Jay-Z's music has helped to shape a generation, and his rise from hustler to billionaire is an inspiration to millions. Michael Eric Dyson, himself a gifted writer and inspiring thinker who has risen from the bottom too, offers us a bracing, brilliant look at an iconic American. This book is eloquent and profound, and will help all of us understand why Jay-Z is in a class by himself.” —Tamron Hall

"Well worth a read if you want to learn more about rap and what it means to be a massively successful American entrepreneur." —The Star