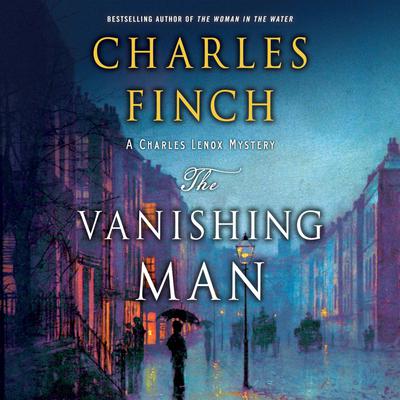 From the critically acclaimed and USA Today bestselling author Charles Finch comes The Vanishing Man, the second in a prequel trilogy to his Charles Lenox Victorian series, in which the theft of an antique painting sends Detective Lenox on a hunt for a criminal mastermind.

London, 1853: Having earned some renown by solving a case that baffled Scotland Yard, young Charles Lenox is called upon by the Duke of Dorset, one of England’s most revered noblemen, for help. A painting of the Duke’s great-grandfather has been stolen from his private study. But the Duke’s concern is not for his ancestor’s portrait; hiding in plain sight nearby is another painting of infinitely more value, one that holds the key to one of the country’s most famous and best-kept secrets.

Dorset believes the thieves took the wrong painting and may return when they realize their error—and when his fears result in murder, Lenox must act quickly unravel the mystery behind both paintings before tragedy can strike again. As the Dorset family closes ranks to protect its reputation, Lenox uncovers a dark secret that could expose them to unimaginable scandal—and reveals the existence of an artifact, priceless beyond measure, that the family is willing to risk anything to keep hidden.

In this intricately plotted prequel to the Charles Lenox mysteries, the young detective risks both his potential career—and his reputation in high society—as he hunts for a criminal mastermind.

"James Langton's vocal interpretation of Lenox adds a layer of humanity to the reserved detective...Langton gives each of the book's prominent characters a distinctive voice, but his main success is the vocal personality he provides Lenox." — Publishers Weekly on A Beautiful Blue Death

"Langton captures the vocal essence of the ruling class as well as the colorful voices of the working class...Listeners will experience the ambiance of Victorian London and hear a baffling plot expertly presented." — AudioFile Magazine on An Old Betrayal, Earphones Award winner 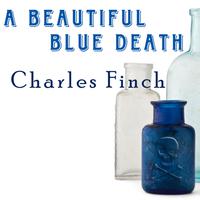 Charles Lenox, Victorian gentleman and armchair explorer, likes nothing more than to relax in his private study with a cup of tea, a roaring fire and a good book. But when his lifelong friend Lady Jane asks for his help, Lenox cannot resist the chance to unravel a mystery. Prudence Smith, one of Jane's former servants, is dead of an apparent... Read More » 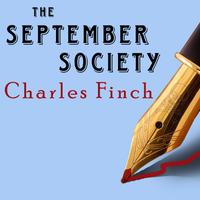 In the small hours of the morning one fall day in 1866, a frantic widow visits detective Charles Lenox. Lady Annabelle's problem is simple: her beloved son, George, has vanished from his room at Oxford. When Lenox visits his alma mater to investigate he discovers a series of bizarre clues, including a murdered cat and a card cryptically... Read More » 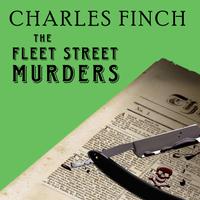 It's Christmas, 1866, and amateur sleuth Charles Lenox, recently engaged to his best friend, Lady Jane Grey, is happily celebrating the holiday in his Mayfair townhouse. Across London, however, two journalists have just met with violent deaths—one shot, one throttled. Lenox soon involves himself in the strange case but must leave it behind to... Read More » 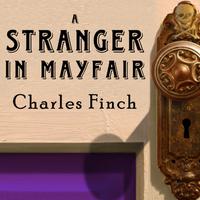 A Stranger in Mayfair
Charles Finch

A Stranger in Mayfair

Returning from a continental honeymoon with his new wife, Lady Jane, Lenox is asked by a colleague in Parliament to consult in the murder of a footman, bludgeoned to death with a brick. His investigation uncovers some unsettling facts about the family he served and a strange, second identity that the footman himself cultivated. Going into the... Read More » 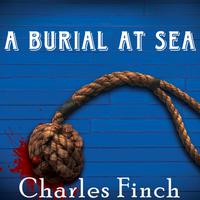 A Burial at Sea
Charles Finch

A Burial at Sea

Eighteen seventy-three is a perilous time in the relationship between France and England. When a string of English spies is found dead on French soil, the threat of all-out war prompts government officials to ask Charles Lenox to visit the newly-dug Suez Canal on a secret mission. Once he is on board the Lucy, however, Lenox finds himself using... Read More » 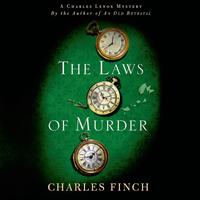 The Laws of Murder
Charles Finch

It's 1876, and Charles Lenox, once London's leading private investigator, has just given up his seat in Parliament after six years, primed to return to his first love, detection. With high hopes he and three colleagues start a new detective agency, the first of its kind. But as the months pass, and he is the only detective who cannot find... Read More » 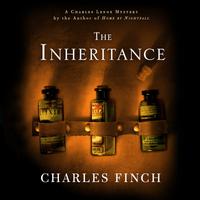 A mysterious bequest of money leads to a murder in this new novel in the critically acclaimed and bestselling series whose last installment The New York Times called “a sterling addition to this well-polished series.”

Charles Lenox has received a cryptic plea for help from an old Harrow schoolmate, Gerald Leigh, but when he... Read More » 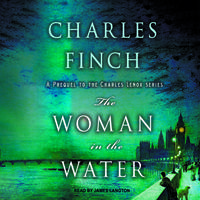 The Woman in the Water
Charles Finch

The Woman in the Water

London, 1850: A young Charles Lenox struggles to make a name for himself as a detective . . . without a single case. Scotland Yard refuses to take him seriously and his friends deride him for attempting a profession at all. But when an anonymous writer sends a letter to the paper claiming to have committed the perfect crime—and promising to kill... Read More » 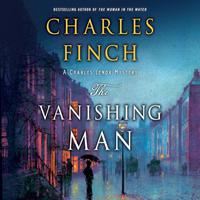 From the critically acclaimed and USA Today bestselling author Charles Finch comes The Vanishing Man, the second in a prequel trilogy to his Charles Lenox... Read More » 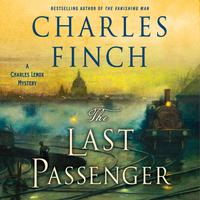 From bestselling author Charles Finch comes the third and final in a prequel trilogy to his lauded Charles Lenox series.

London, 1855. A young and eager Charles Lenox faces his toughest case yet: a murder... Read More » 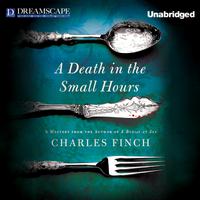 A Death in the Small Hours
Charles Finch

A Death in the Small Hours

Charles Lenox is at the pinnacle of his political career and is a delighted new father. His days of regularly investigating the crimes of Victorian London now some years behind him, he plans a trip to his uncle's estate in the expectation of a few calm weeks. When he arrives in the quiet village of Plumley, however, what greets him is a series... Read More »