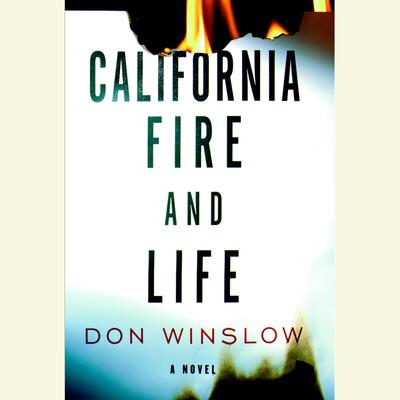 Jack Wade, a claims adjuster for California Fire and Life Mutual Insurance Company, is one of the best arson investigators around. He's a man who knows fire, who can read the traces it leaves behind like a roadmap. When he's called in to examine an unusual claim, the tracks of the fire tell him that something's wrong. So wrong that he violates his own cardinal rule--"You don't get personal, you don't get emotional. Whatever you do, you don't get involved"--and plunges into the case.

Real estate mogul Nicky Vale's house is one of the most valuable properties on this stretch of the Southern California gold coast--large, luxurious, crammed with antiques, set on a nice piece of land with a perfect ocean view. After a disastrous blaze tears through a wing of the house, it's only normal that Vale would file an insurance claim. But a $3 million claim is rarely normal, especially not when it's filed within hours of the horrific death of the owner's young and beautiful wife. The County Sheriff's Department investigator, Brian "Accidentally" Bentley, has declared the fire, well, accidental--caused by Mrs. Vale's passing out in bed with a bottle of vodka and a lit cigarette--although a careful look at the evidence points to something more sinister.

When Jack begins his investigation, he draws on his skill, experience and sheer stubbornness to uncover the truth of what's going on, but each step leads him further into a situation that's becoming increasingly dangerous. Soon arson is the least of Jack's worries, as the case grows to involve the Russian mob, Vietnamese gangs, real estate scams, counterfeiting and corporate corruption. In addition, Jack's forced to confront his own ghosts, including a fatal professional error, and to cope with the sudden reentry into his life of the best thing that ever happened to him: Letitia del Rio, a Sheriff's deputy whose bombshell looks are exceeded only by her smarts and guts.

As the investigation spins out of control, Jack finds himself pulled so far in that he might not make it out. His outrageous behavior and defiant integrity, usually about as helpful to him as third-degree burns, may now be the only things that will keep the investigation--and Jack himself--from being snuffed out.