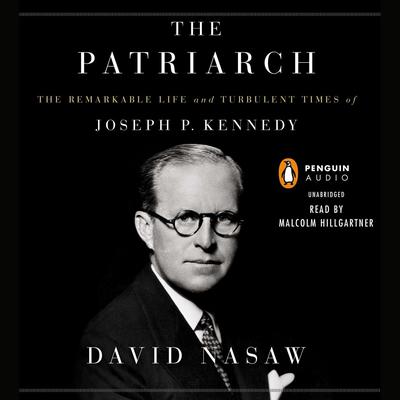 The Remarkable Life and Turbulent Times of Joseph P. Kennedy

In this pioneering new work, celebrated historian David Nasaw examines the life of Joseph P. Kennedy, the founder of the twentieth century's most famous political dynasty. Drawing on never-before-published materials from archives on three continents and interviews with Kennedy family members and friends, Nasaw tells the story of a man who participated in the major events of his times: the booms and busts, the Depression and the New Deal, two world wars and the Cold War, and the birth of the New Frontier. In studying Kennedy's life, we relive the history of the American century.

"Riveting . . . The Patriarch is a book hard to put down . . . As his son indelibly put it some months before his father was struck down: 'Ask not what your country can do for you - ask what you can do for your county.' One wonders what was going through the mind of the patriarch, sitting a few feet away listening to that soaring sentiment as a fourth-generation Kennedy became president of the United States. After coming to know him over the course of this brilliant, compelling book, the reader might suspect that he was thinking he had done more than enough for his country. But the gods would demand even more." - New York Times Book Review