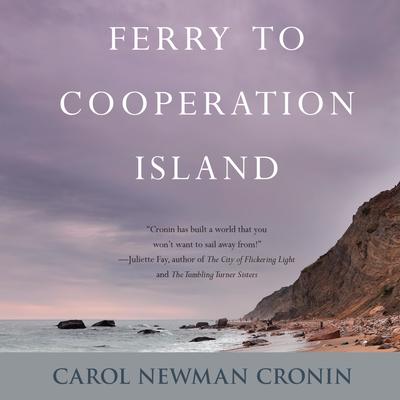 "Cronin has built a world that you won’t want to sail away from!" —Juliette Fay, USA Today Bestselling author

Loner James Malloy is a ferry captain—or used to be, until he was unceremoniously fired and replaced by Courtney Farris. Now, instead of piloting Brenton Island’s daily lifeline to the glitzy docks of Newport, Rhode Island, James spends his days beached, bitter, and bored.

When he discovers a private golf course staked out across wilderness sacred to his dying best friend, a Narragansett Indian, James is determined to stop such “improvements.” But despite Brenton’s nickname as “Cooperation Island,” he’s used to working solo. To keep rocky bluffs, historic trees, and ocean shoreline open to all, he’ll have to learn to work with other islanders—including Captain Courtney, who might just morph from irritant to irresistible once James learns a secret that’s been kept from him for years.