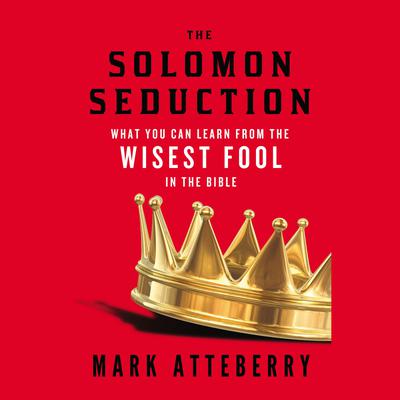 What You Can Learn from the Wisest Fool in the Bible

Have you found yourself in circumstances you never envisioned, tangled up with people you never approved of, and doing things you never imagined?

It seems impossible that the valedictorian of the entire human race would ruin his life by making dumb choices, but Solomon did. Solomon was better equipped to see through Satan’s deceptions than any man who has ever lived, other than Jesus. But in the end, he became just as blind to them as everyone else.

Pay attention to the news and you’ll see that it’s not just the numbskulls that fall into Satan’s traps. It’s also the best and brightest of America’s fathers, husbands, and sons. Many smart guys who love God end up being ashamed and humiliated by Satan’s seductions. With humor, grace, and a pastor’s heart, Mark Atteberry seeks to offer practical suggestions on how to avoid a similar fate. His prayer for readers is to experience a wake-up call to move forward and determined on an upward path.