The Wife, the Maid, and the Mistress

A Novel
by Ariel Lawhon


They say behind every great man, there's a woman. In this case, there are three. Stella Crater, the judge's wife, is the picture of propriety draped in long pearls and the latest Chanel. Ritzi, a leggy showgirl with Broadway aspirations, thinks moonlighting in the judge's bed is the quickest way off the chorus line. Maria Simon, the dutiful maid, has the judge to thank for her husband's recent promotion to detective in the NYPD. Meanwhile, Crater is equally indebted to Tammany Hall leaders and the city's most notorious gangster, Owney "The Killer" Madden.

On a sultry summer night, as rumors circulate about the judge's involvement in wide-scale political corruption, the Honorable Joseph Crater steps into a cab and disappears without a trace. Or does he?

After 39 years of necessary duplicity, Stella Crater is finally ready to reveal what she knows. Sliding into a plush leather banquette at Club Abbey, the site of many absinthe-soaked affairs and the judge's favorite watering hole back in the day, Stella orders two whiskeys on the rocks—one for her and one in honor of her missing husband. Stirring the ice cubes in the lowball glass, Stella begins to tell a tale—of greed, lust, and deceit. As the novel unfolds and the women slyly break out of their prescribed roles, it becomes clear that each knows more than she has initially let on.

With a layered intensity and prose as effervescent as the bubbly that flows every night, The Wife, the Maid, and the Mistress is a wickedly entertaining historical mystery that will transport readers to a bygone era with tipsy spins through subterranean jazz clubs and backstage dressing rooms. But beneath the Art Deco skyline and amid the intoxicating smell of smoke and whiskey, the question of why Judge Crater disappeared lingers seductively until a twist in the very last pages.

Co-founder of the popular reading blog SheReads, ARIEL LAWHON lives in Nashville with her husband and four boys. 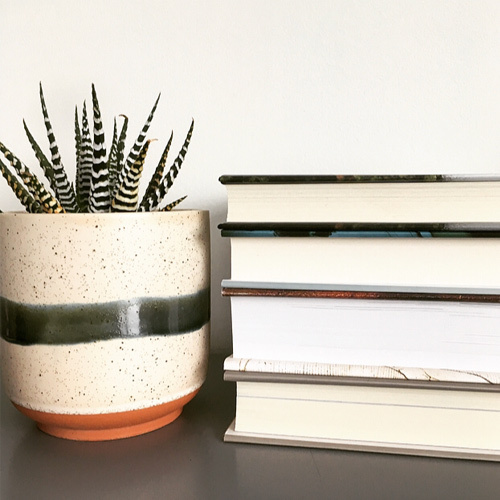 "Good crime stories don't stay buried, and Ariel Lawhon's new novel, THE WIFE, THE MAID, AND THE MISTRESS digs up the case of the so-called Missingest Man in New York and feasts on its bones … This case was an a la carte menu of the era's social hot buttons: chorus girls, speakeasies, bootleggers, Tammany Hall corruption, nattily clad gangsters and irritating rich people … Lawhon has a gift for lean banter and descriptive shorthand … But don't let Lawhon's straightforward style and narrative restraint fool you. This book is more meticulously choreographed than a chorus line. It all pays off. Clues accumulate. Each scene proves important. Everyone lies. Once the rabbit is out of the hat everything takes on a different texture, reorganizes and makes sense. A second reading, like a second cocktail, is almost better than the first."
- The New York Times Book Review

"As rumors swirl about political corruption, an NYC judge disappears in 1930 without a trace. Caught in the scandal are his wife and showgirl mistress – plus his dutiful maid, whose detective husband is investigating the case. Inspired by a real-life unsolved mystery, this mesmerizing novel features characters that make a lasting impression."
--People Magazine


“A gripping, fast-paced noir novel.... captures a New York City period full of high-kicking showgirls, mob-linked speakeasies and Tammany Hall political scandal.... Lawhon brings fresh intrigue to this tale, making the final outcome a guessing game for the reader as events unfold... Her version is built colorfully around many of the actual places and people who were key figures in the case... Stella, Maria and Ritzi are central to Lawhon's tale and give it a depth of emotion that is often missing from crime thrillers... the story moves forward with momentum, thanks to well-crafted scenes and fluid dialogue. Also, despite the many decades since Judge Crater went missing, the mystery of his disappearance is still a powerful magnet for its fictional retelling.”
- Associated Press

“Set among seedy speakeasies and backstage dressing rooms during Prohibition, the twists and turns in the tale of lust, greed, and deceit keep you guessing until the final pages....The Nancy Drew in you can’t wait to solve the artfully hidden clues in this historical mystery.”
--Daily Candy


“A romp through New York in the late 20's…Populated by gangsters and crooked politicians, society ladies and dancers, this story is nothing like your day-to-day life and yet... you will find the three women mentioned in the title (a wife, a maid and a mistress) strangely recognizable…. Ariel Lawhon has cleverly re-imagined what might have happened if three women in his life really did know”
--Charlotte Observer

“Turns a historical mystery into nail-biting entertainment”
--Nashville Scene
“An intriguing mystery…  Lawhon’s storytelling skills bring the characters to life and will have readers sympathizing with them even when they cheat and steal. She weaves reality and fantasy together so well — if you’re looking for a page-turner filled with glitz and glamour as well as murder, greed and deceit, this one’s for you.”
--Romantic Times


"Lawhon begins her story in 1969, when Stella meets with Jude to reveal the truth. In extended flashbacks, [Lawhon] paints a sordid portrait of mobsters and mayhem, corruption and carnage, greed and graft as she slyly builds the suspense to a stunning revelation. A story of a bygone New York, "The Wife, the Maid, and the Mistress" is also a tale of three women, strong in different ways, who lived at a time when gender roles often led to stereotyping and disrespect. The world might never know the full facts about Crater's fate, but readers with a taste for noir will enjoy this intelligent take on notoriety."
-The Richmond Times Dispatch


“This story is at once an intricate tale of disparate but coexisting definitions of love and loyalty as well as a tale of what it meant to be a person of power in New York City in the early 20th century. Historical fiction and true crime readers will thoroughly enjoy this book.”
-         Library Journal

“In this tale of Jazz Age New York, Lawhon walks one of fiction’s trickiest tightropes, creating a novel that is both genuinely moving and full of pulpy fun.…The imagined events of the novel become even more poignant when the reader discovers that the story is based on the real-life disappearance of Joseph Crater and that most of the characters were real people, like the notorious madam Vivian Gordon and the vile gangster Owney Madden. It’s a great story, told with verve and feeling.”
--Booklist

“Ariel Lawhon has concocted a stylish homage to noir in The Wife, The Maid, and The Mistress.  This fun, fast-paced novel has it all: speakeasies, gangsters, show girls, and not one, not two, but three women scorned.  A real page turner.”
--Melanie Benjamin, New York Times bestselling author of THE AVIATOR’S WIFE.

“A gangster’s showgirl, a wounded wife, a rich man’s maid, and the true-life, never-solved disappearance of a New York City judge, all come brilliantly to life amidst the Boardwalk Empire-like strut of Prohibition, in Lawhon’s sparklingly imagined novel. Vivid and unsettling, with a finale as startling as the pop of a gun.”
--Caroline Leavitt, New York Times bestselling author of PICTURES OF YOU and IS THIS TOMORROW

"In a setting most often viewed through the lens of mobster or police investigator, Ariel Lawhon's The Wife, the Maid, and the Mistress delves instead into the history of three women who understand their own power and use it to protect not only their personal interests, but at times their very lives. Lawhon's engaging style, both film noir-ish and intensely emotional, delivers an enticing peek into the political and criminal underbelly of 1930s New York."
-- Julie Kibler, author of CALLING ME HOME

"Offers a vivid portrait of 1930s New York City and an engrossing mystery that will keep you turning the pages well past your bedtime. But at its heart, this novel is a story about forgiveness--who deserves it, who gets it, and how, either way, we go on."
--Kelly O'Connor McNees, author of IN NEED OF A GOOD WIFE

“A fun, fast book with lots of dark surprises! The Wife, The Maid, and The Mistress made the real world fall away, transporting me to another time and place, full of speakeasies, dancing girls, mobsters, and mayhem. Lawhon's great gift is in creating vibrant heroines to cheer for; the socialite, the starlet, the Spanish maid all instantly sparked my sympathies, and had me ripping through the book to find out how they would manage to survive the dark grip of the powerful men who populated their world. Enjoy this wild trip to dangerous 1930, and wrap your brain around an imaginative new solution to one of the mysteries of old New York.”
--Lydia Netzer, author of SHINE, SHINE, SHINE Expand reviews