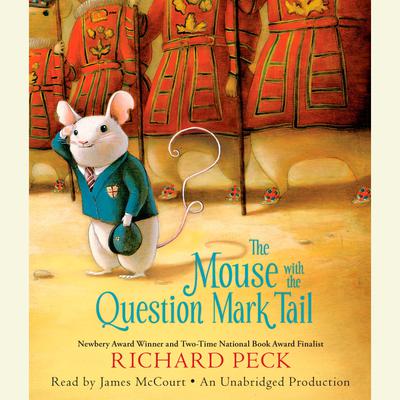 The Mouse with the Question Mark Tail

Newbery Award-winning author Richard Peck is at his very best in this fast-paced mystery adventure. Fans of The Tale of Desperaux, A Little Princess, and Stuart Little will all be captivated by this memorable story of a lovable orphan mouse on an amazing quest.

The smallest mouse in London’s Royal Mews is such a little mystery that he hasn't even a name. And who were his parents? His Aunt Marigold, Head Needlemouse, sews him a uniform and sends him off to be educated at the Royal Mews Mouse Academy. There he's called "Mouse Minor" (though it's not quite a name), and he doesn't make a success of school. Soon he's running for his life, looking high and low through the grand precincts of Buckingham Palace to find out who he is and who he might become.

Queen Victoria ought to be able to help him, if she can communicate with mice. She is all-seeing, after all, and her powers are unexplainable. But from her, Mouse Minor learns only that you do not get all your answers from the first asking. And so his voyage of self-discovery takes him onward, to strange and wonderful places.