Skip content
Give credit bundles this holiday season and get a free audiobook! Shop now
Due to publisher restrictions, this audiobook is unavailable for purchase in your selected country. A Novel
by Marilynne Robinson

A new classic from the Pulitzer Prize-winning author of Gilead and Housekeeping.

The long-awaited fourth and last of Marilynne Robinson's Gilead novels--one of the great works of contemporary literature.

With Jack, Robinson takes her readers back to the small town of Gilead, Iowa, in 1956, to tell the story of John Ames Boughton, the godson of John Ames and the black sheep of his family. He's a ne-er do well and the beloved prodigal son who falls in love with and marries Della, a beautiful and brilliant African-American teacher he meets in segregated St. Louis. Their fraught, beautiful romance is one of Robinson's greatest achievements.

MARILYNNE ROBINSON is the recipient of a 2012 National Humanities Medal, awarded by President Barack Obama, for "her grace and intelligence in writing." In 2013, she was awarded South Korea's Park Kyong-ni Prize for her contribution to international literature. She is the author of Lila, winner of the National Book Critics Circle Award and a finalist for the National Book Award; Gilead, winner of the 2005 Pulitzer Prize for Fiction and the National Book Critics Circle Award; and Home, winner of the Orange Prize and the Los Angeles Times Book Prize, and a finalist for the National Book Award. Her first novel, Housekeeping, won the Hemingway Foundation/PEN Award. Robinson's nonfiction books include What Are We Doing Here?, The Givenness of Things, When I Was a Child I Read Books, Absence of Mind, The Death of Adam, and Mother Country, which was nominated for a National Book Award. She lives in Iowa City, where she taught at the University of Iowa Writers' Workshop for twenty-five years. 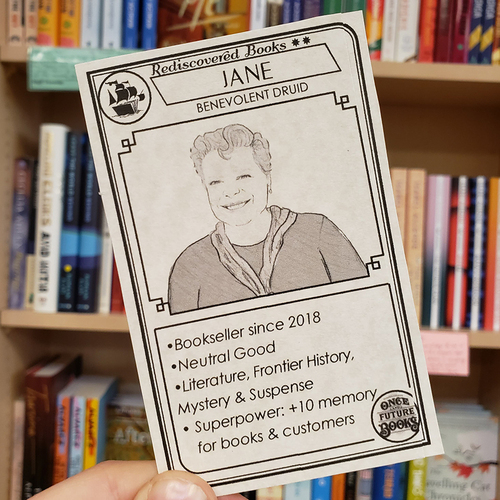 “With the sublime Jack, [Robinson] resumes and deepens [the Gilead series], extending it to the contemplation of race. . . . There is richness and depth at every turn.” —De’Shawn Charles Winslow, O, Oprah Magazine

"For Marilynne Robinson’s devotees, John Ames Boughton, the titular Jack of the fourth volume of her award-winning Gilead novels, is one of the most eagerly awaited literary figures since Godot. . . Robinson is acclaimed for her numinous accounts of faith, forgiveness and hope, but read in this electrifying year of national crisis, the Gilead books are unified as well by her unsparing indictment of the American history of racism and inequality, and Christianity’s uneven will to fight them . . . I am looking forward to a fifth volume that will fill in their saga, and I hope it will be called Della.” ―Elaine Showalter, New York Times Book Review

"Each of [Robinson's] novels has celebrated the fact that the ineffable is inseparable from the quotidian, and rendered the ineffable, quotidian world back to us, peculiar, luminous, and precise . . . There are passages when Jack’s eye glimmers so clearly on the moment, when his dream logic feels so apt, that the whole world Robinson has illuminated with such care and attention reappears, and we are returned to the prophetic everyday.” ―Jordan Kisner, The Atlantic

“A sometimes tender, sometimes fraught story of interracial love in a time of trouble . . . The story flows swiftly―and without a hint of inevitability ―as Robinson explores a favorite theme, ‘guilt and grace met together.’ An elegantly written proof of the thesis that love conquers all―but not without considerable pain.” ―Kirkus (Starred review)

"Robinson’s latest glorious work of metaphysical and moral inquiry, nuanced feelings, intricate imagination, and exquisite sensuousness . . .Myriad manifestations of pain are evoked, but here, too, are beauty, mystery, and joy as Robinson holds us rapt with the exactitude of her perceptions and the exhilaration of her hymnal cadence, and so gracefully elucidates the complex sorrows and wonders of life and spirit.” ―Booklist (Starred review)

“Languidly page through a new Marilynne Robinson novel and forget that any world exists outside her rippling cornfields and creaky country kitchens, where slow-building crises of faith and reason are talked through by well-meaning, if troubled, people . . . Prepare to be sucked in by our country’s most thoughtful novelist.” ―Vulture