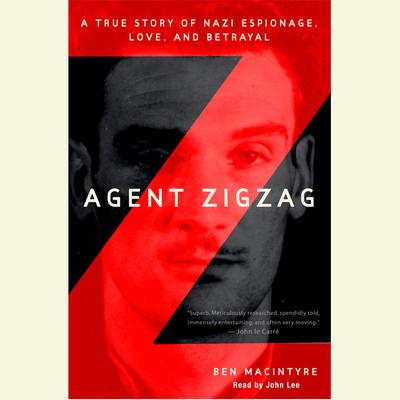 A True Story of Nazi Espionage, Love, and Betrayal

Eddie Chapman was a charming criminal, a con man, and a philanderer. He was also one of the most remarkable double agents Britain has ever produced. Inside the traitor was a man of loyalty; inside the villain was a hero. The problem for Chapman, his spymasters, and his lovers was to know where one persona ended and the other began.

In 1941, after training as a German spy in occupied France, Chapman was parachuted into Britain with a revolver, a wireless, and a cyanide pill, with orders from the Abwehr to blow up an airplane factory. Instead, he contacted MI5, the British Secret Service. For the next four years, Chapman worked as a double agent, a lone British spy at the heart of the German Secret Service who at one time volunteered to assassinate Hitler for his countrymen. Crisscrossing Europe under different names, all the while weaving plans, spreading disinformation, and, miraculously, keeping his stories straight under intense interrogation, he even managed to gain some profit and seduce beautiful women along the way.

The Nazis feted Chapman as a hero and awarded him the Iron Cross. In Britain, he was pardoned for his crimes, becoming the only wartime agent to be thus rewarded. Both countries provided for the mother of his child and his mistress. Sixty years after the end of the war, and ten years after Chapman’s death, MI5 has now declassified all of Chapman’s files, releasing more than 1,800 pages of top secret material and allowing the full story of Agent Zigzag to be told for the first time.

A gripping story of loyalty, love, and treachery, Agent Zigzag offers a unique glimpse into the psychology of espionage, with its thin and shifting line between fidelity and betrayal.