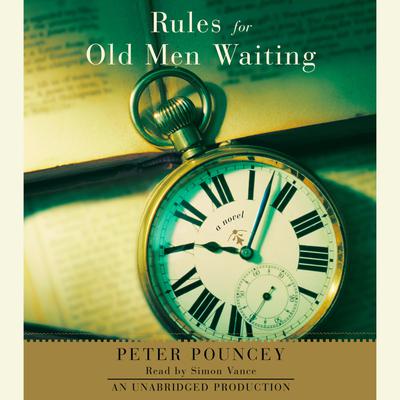 A brief, lyrical novel with a powerful emotional charge, Rules for Old Men Waiting is about three wars of the twentieth century and an ever-deepening marriage. In a house on the Cape “older than the Republic,” Robert MacIver, a historian who long ago played rugby for Scotland, creates a list of rules by which to live out his last days. The most important rule, to “tell a story to its end,” spurs the old Scot on to invent a strange and gripping tale of men in the trenches of the First World War.

Drawn from a depth of knowledge and imagination, MacIver conjures the implacable, clear-sighted artist Private Callum; the private’s nemesis Sergeant Braddis, with his pincerlike nails; Lieutenant Simon Dodds, who takes on Braddis; and Private Charlie Alston, who is ensnared in this story of inhumanity and betrayal but brings it to a close.

This invented tale of the Great War prompts MacIver’s own memories of his role in World War II and of Vietnam, where his son, David served. Both the stories and the memories alike are lit by the vivid presence of Margaret, his wife. As Hearts and Minds director Peter Davis writes, “Pouncey has wrought an almost inconceivable amount of beauty from pain, loss, and war, and I think he has been able to do this because every page is imbued with the love story at the heart of his astonishing novel.”