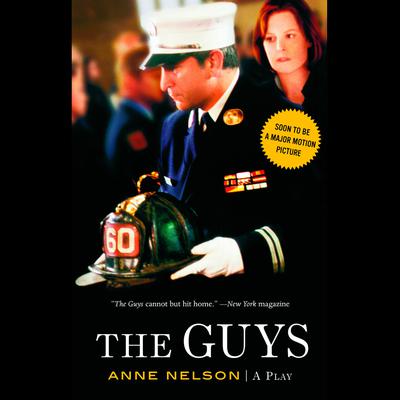 First performed in a hit off-off-Broadway production, and soon to be a film starring Sigourney Weaver and Anthony LaPaglia, The Guys is a timeless drama about the surprising truths people can discover in ordinary lives, and the connections we make with others and ourselves in times of tragedy.

Paralyzed by grief and unable to put his thoughts into words, Nick, a fire captain, seeks out the help of a writer to compose eulogies for the colleagues and friends he lost in the catastrophic events of September 11, 2001. As Joan, an editor by trade, draws Nick out about “the guys,” powerful profiles emerge, revealing vivid personalities and the substance and meaning that lie beneath the surface of seemingly unremarkable people. As the individual talents and enthusiasms of the people within the small firehouse community are realized, we come to understand the uniqueness and value of what each person has to contribute. And Nick and Joan, two people who under normal circumstances never would have met, jump the well-defined tracks of their own lives, and so learn about themselves, about life, and about the healing power of human connection, through talking about the guys.