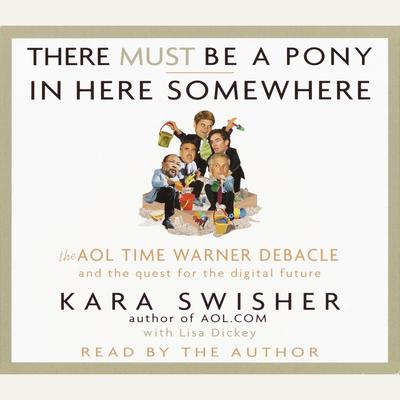 There Must Be a Pony In Here Somewhere - Abridged - Abridged

In her acclaimed AOL.COM, Kara Swisher chronicled the unlikely ascent of a group of underdog entrepreneurs and their influence on American net culture. This book picks up where the previous one left off, investigating AOL's merger with Time Warner and its aftermath. Journalists Swisher and Dickey have an ear for the comic and an appreciation for the larger-than-life personalities that propel the drama. After the merger, a troubled journey lies ahead both for AOL Time Warner and for its competitors. Microsoft, Yahoo, Disney, and AT&T all circle for position, hoping for the worst. But like the little boy who searches through a pile of horse manure looking for the pony, the companies are vigorously scooping their way forward - often without a clue.