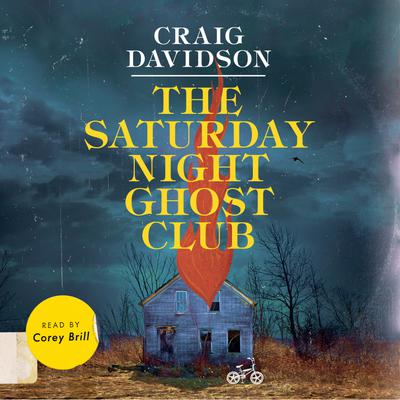 SHORTLISTED FOR THE ROGERS WRITERS' TRUST FICTION PRIZE: An infectious and heartbreaking novel from "one of this country's great kinetic writers" (Globe and Mail)--Craig Davidson's first new literary fiction since his bestselling, Giller-shortlisted Cataract City

When neurosurgeon Jake Baker operates, he knows he's handling more than a patient's delicate brain tissue--he's altering their seat of consciousness, their golden vault of memory. And memory, Jake knows well, can be a tricky thing.

When growing up in 1980s Niagara Falls, a.k.a. Cataract City--a seedy but magical, slightly haunted place--one of Jake's closest confidantes was his uncle Calvin, a sweet but eccentric misfit enamored of occult artefacts and outlandish conspiracy theories. The summer Jake turned twelve, Calvin invited him to join the "Saturday Night Ghost Club"--a seemingly light-hearted project to investigate some of Cataract City's more macabre urban myths. Over the course of that life-altering summer, Jake not only fell in love and began to imagine his future, he slowly, painfully came to realize that his uncle's preoccupation with chilling legends sprang from something buried so deep in his past that Calvin himself was unaware of it.

By turns heartwarming and devastating, written with the skill and cinematic immediacy that has made Craig Davidson a star, The Saturday Night Ghost Club is a bravura performance from one of our most remarkable literary talents: a note-perfect novel that poignantly examines the fragility and resilience of mind, body and human spirit, as well as the haunting mutability of memory and story.