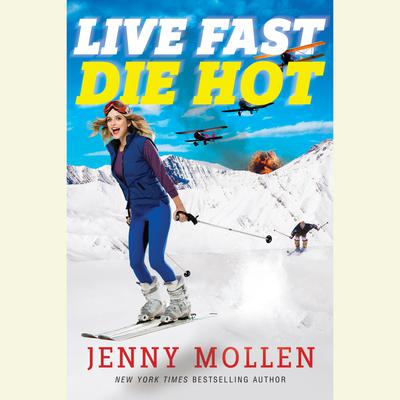 By the author of I Like You Just the Way I Am and a frequent Chelsea contributor, an outrageous collection of personal stories about motherhood, responsibility, and other potential disasters

Jenny Mollen is a writer and actress living in New York. Until two years ago, her lifewas exciting, sexy, a little eccentric, and one hundred percent impulsive. She had a husband who embraced her crazy—who understood her need to occasionally stalk around the house in his ex-girlfriend’s old beach caftans and to invite their drug dealer to Passover seder (so he wouldn’t feel like they were using him only for drugs).

Then they had their son, Sid, and overnight, Jenny was forced to grow up: to be responsible, to brush her hair, to listen to her voicemail.

Live Fast Die Hot is a collection of stories about what happens when you realize that some things are more important than crafting the perfect tweet. It follows Jenny to Morocco, where she embarks on a quest to prove to herself that she can travel alone without reenacting a plotline from Taken. It shows her confronting demons—most of them from childhood, a few from the spirit realm. And it culminates in Peru, where Jenny decides that maybe the cure for her anxiety as a mom lies at the bottom of a cup of ayahuasca.

Hilarious, outlandish, and surprisingly affecting, Live Fast Die Hot reminds you that even if you aren’t cut out for parenting, at least you can be better at it than your mother.