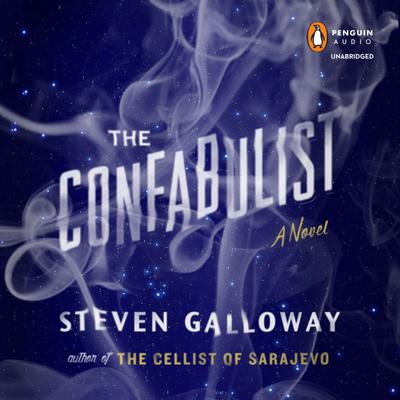 From the author of The Cellist of Sarajevo, an exciting new novel that uses the life and sudden death of Harry Houdini to weave a tale of magic, intrigue, and illusion.

What is real and what is an illusion? Can you trust your memory to provide an accurate record of what has happened in your life?

The Confabulist is a clever , entertaining, and suspenseful narrative that weaves together the rise and fall of world-famous Harry Houdini with the surprising story  of Martin Strauss, an unknown man whose fate seems forever tied to the magician’s in a way that will ultimately  startle and amaze. It is at once a vivid portrait of an alluring, late-nineteenth/early-twentieth-century world; a front-row seat to a world-class magic show; and an unexpected love story. In the end, the book is a kind of magic trick in itself: there is much more to Martin than meets the eye.

Historically rich and ingeniously told, this is a novel about magic and memory, truth and illusion, and the ways that love, hope, grief, and imagination can—for better or for worse—alter what we perceive and believe.