A Novel
by Louise Kennedy

NAMED A BEST BOOK OF THE YEAR BY THE WASHINGTON POST

Set in Northern Ireland during the Troubles, a shattering novel about a young woman caught between allegiance to community and a dangerous passion.

Amid daily reports of violence, Cushla lives a quiet life with her mother in a small town near Belfast. By day she teaches at a parochial school; at night she fills in at her family’s pub. There she meets Michael Agnew, a barrister who’s made a name for himself defending IRA members. Against her better judgment – Michael is not only Protestant but older, and married – Cushla lets herself get drawn in by him and his sophisticated world, and an affair ignites. Then the father of a student is savagely beaten, setting in motion a chain reaction that will threaten everything, and everyone, Cushla most wants to protect.

As tender as it is unflinching, Trespasses is a heart-pounding, heart-rending drama of thwarted love and irreconcilable loyalties, in a place what you come from seems to count more than what you do, or whom you cherish.

Louise Kennedy grew up near Belfast. She has written for The Guardian, The Irish Times, and BBC Radio 4, and she is also the author of a collection of short stories, The End of the World Is a Cul de Sac. Before becoming a writer, she worked as a chef for almost thirty years. She lives in Sligo, Ireland. 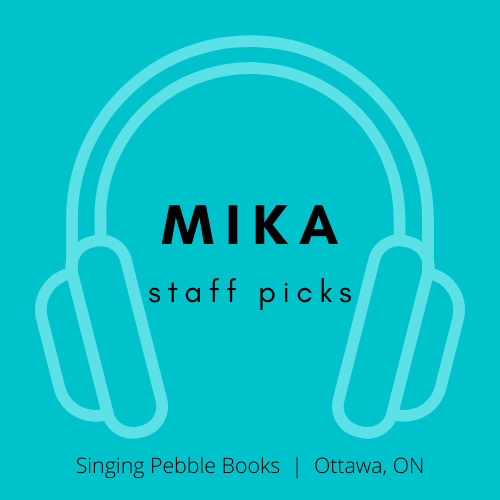 “Brilliant, beautiful, heartbreaking. . .  A rising sense of tension throughout comes to a shocking head. I am not a crier, but by the final pages of Trespasses, I was in tears. It’s a testament to Kennedy’s talents that we come to love and care so much about her characters. And that reading about a long and difficult period from the recent past feels not like history, but like a warning.” —J.Courtney Sullivan, New York Times Book Review

“Brilliantly depicted. . . . Kennedy has written a captivating first novel which manages to be beautiful and devastating in equal measure.” —The Washington Post

“Kennedy doesn’t shy away from either fun or femininity. . . . By attending to romance and courtship, and by writing about beatings and bombings alongside gossip and domestic detail, Kennedy refuses to shrink or ignore any part of her characters’ lives. . . . She demonstrates how artificial it is for fiction to divide love and war.” —The Atlantic

“I absolutely loved Trespasses . . . .a rare book. Cushla’s world is so acutely rendered, her inner life so vivid, that as she finds a new freedom with Michael you will genuinely worry for her. . . .  It’s impossible not to be gripped by her story.” —Douglas Stewart, author of Shuggie Bain, on CNN

“[A] deeply evocative novel in the particularity of social description and ambience, in its atmosphere of menace, and in the urgency of the emotions portrayed — sexual passion, guilt, shame, fear, hatred and compassion. Kennedy is masterly.” —Star Tribune

“Louise Kennedy’s debut has all the drama we need as our era of ironic devout Catholicism comes to a close. 1975! Belfast! A young Catholic woman has an affair with a married Protestant barrister! Drama! Intrigue! Incense! Sin!” —Nylon

“A devastating novel filled with love and passion amid a brutal and desperate time.” —Chicago Review of Books

“Will fill every historical fiction fan with gratitude. . . . The novel’s brilliance lies in Kennedy’s commitment to nuance. . . . achiev[ing] the complexity of a multigenerational saga without sacrificing the striking intricacies of its central protagonist’s story.” —BookPage

“Kennedy’s characters are born and live under dark stars; she illuminates the unescapable harms that occur in that darkness.” —Kirkus Reviews

“Thrilling, wise, and moving, Trespasses is a remarkable novel about the wages of love in a time marked by brutality, strife, and above all, a will to hope. A totally absorbing read.” –Brandon Taylor

“A beautiful, devastating novel. It feels real and true, and it loves its characters, utterly authentic people trying to live ordinary lives in desperate times. This book will last.” —Nick Hornby

“Trespasses touches tenderly and hits hard – a compulsively readable love story which is also a lament for a society agonizingly divided against itself. Every word rings true.” —Emma Donoghue

“Distinguished by a quality rare in fiction at any time: a sense of utter conviction. It is a story told with such compulsive attention to the textures of its world that every page feels like a moral and intellectual event.” —The Guardian

“Transcends time and place. . . Trespasses feels so authentic it’s as if nobody wrote it at all; it always existed” —Irish Independent

“Kennedy writes with fierce power. . . . her tenderly sharpened prose open to feelings so presently intimate that her sentences take shape like a body beside you. . . . A writer of exceptional empathy, style, and skill.” —Irish Times

“A master storyteller. . . . The novel was invented for writing like this.” —Sunday Independent
Expand reviews