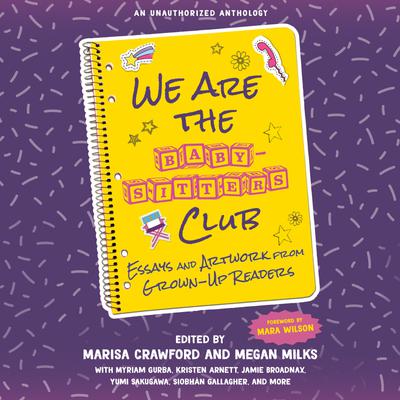 We Are the Baby-Sitters Club

Essays and Artwork from Grown-Up Readers

In 1986, the first-ever meeting of the Baby-Sitters Club was called to order in a messy bedroom strewn with RingDings, scrunchies, and a landline phone. Kristy, Claudia, Stacey, and Mary Anne launched the club that birthed an entire generation of loyal readers.

Ann M. Martin’s Baby-Sitters Club series featured a complex cast of characters and touched on an impressive range of issues that were underrepresented at the time: divorce, adoption, childhood illness, class division, and racism, to name a few.


In We Are the Baby-Sitters Club, writers and a few visual artists from the original BSC generation will reflect on the enduring legacy of Ann M. Martin’s beloved series, thirty-five years later—celebrating the BSC’s profound cultural influence.

One of LitHub's Most Anticipated Books of 2021, We Are the Baby-Sitters Club looks closely at how Ann M. Martin’s series shaped our ideas about gender politics, friendship, fashion and beyond.