A Poet's Biography of a Blues Legend
by Jackie Kay

A beautiful genre-bending tribute to the larger-than-life blues singer Bessie Smith. Scotland’s National Poet blends poetry, prose, fiction, and nonfiction to create an entirely unique biography of the Empress of the Blues.

There has never been anyone else like Bessie Smith. Born in Chattanooga, Tennessee, in 1894 and orphaned by the age of nine, Bessie Smith sang on street corners before becoming a big name in traveling shows. In 1923, she made her first recording for the newly founded Columbia Records. It sold 780,000 copies and catapulted her to fame. Known for her unmatched vocal talent, her timeless and personal blues narratives, her tough persona, and her ability to enrapture audiences with her raw voice, the Empress of the Blues remains a force and an enigma.

In this remarkable book, Kay combines history and personal narrative, poetry and prose to create an enthralling account of an extraordinary life, and to capture the soul of the woman she first identified with as a young Black girl growing up in Glasgow. Powerful and moving, Bessie Smith is at once a vivid biography of a central figure in American music history and a personal story about one woman’s search for recognition.

JACKIE KAY is the author of the memoir Red Dust Road as well as several critically acclaimed poetry collections—including The Adoption Papers (winner of the Scottish Arts Council Book Award), Off Colour (shortlisted for the T. S. Eliot Prize), and Life Mask (a Poetry Book Society Recommendation)—almost all of which were collected in Darling: New & Selected Poems. Her first novel, Trumpet, won the Guardian Fiction Prize and was shortlisted for International Dublin Literary Award. A former National Poet of Scotland, she has also written several plays and children's books. She lives in Manchester, England.

JACKIE KAY is the author of the memoir Red Dust Road as well as several critically acclaimed poetry collections—including The Adoption Papers (winner of the Scottish Arts Council Book Award), Off Colour (shortlisted for the T. S. Eliot Prize), and Life Mask (a Poetry Book Society Recommendation)—almost all of which were collected in Darling: New & Selected Poems. Her first novel, Trumpet, won the Guardian Fiction Prize and was shortlisted for International Dublin Literary Award. A former National Poet of Scotland, she has also written several plays and children's books. She lives in Manchester, England. 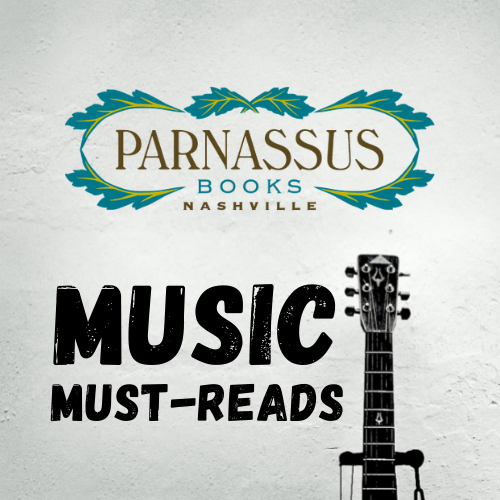 "A uniquely lyrical book by an exceptional writer about identity, racism, sexism, and the cultural life of a complicated, profoundly influential blueswoman.”
—Booklist

“Eloquent and emotive. . . . Bessie Smith remains an act of intimate witnessing, a biography about a black, bisexual, working-class American artist by a celebrated Scottish poet who first recognized her own blackness and queerness in Smith’s songs, her wild mythos and 'beautiful black face.'”
—The Guardian

“Growing up black in an all-white neighbourhood in Glasgow in the Seventies, Jackie Kay (now the national poet of Scotland) found in Bessie Smith an idol, a comfort and a friend. Kay mixes personal reflection and biography, lyrics and prose, to tell the story of how the Empress of the Blues went from an orphan singing for nickels in Tennessee, to selling 780,000 copies of her debut record, to dying in a much-mythologised car crash in 1937, aged 43. The original was published in 1997 but this reprint, with a new introduction by the author, hasn't dated a day.”
—The New Statesman

“[Jackie Kay] reaches for the flesh-and-blood woman and her tangible legacy. . . . Smith barrels through these pages in a whirl of outrage and appetite. . . . In surviving photographs Smith appears startlingly modern, so alive she might sweep out of the frame in a scatter of rhinestones and feathers. Kay replicates that closeness in her writing, contextualising Smith while honouring the physical realities of her life, the punches thrown and received, the bad liquor and worse men, the power of her song and the impotence of her end. . . . Kay’s book is the amplifier that Smith’s voice deserves.”
—The Sunday Times (London)

“A new edition of her free-form biography of the Empress of the Blues, mixing conventional narrative with verse, memoir and fictionalised glimpses of Smith at the height of her fame. More than 80 years after the rumbustious bisexual blues singer died from injuries suered in a car crash in Mississippi, Kay recreates a lost world of vintage recordings and endless touring on the vaudeville circuit.”
—The Times (London)

“[Jackie Kay] reinforces both the timeliness and timelessness of her subject. . . . The author frames her subject within the era of MeToo and Black Lives Matter but most of all in terms of ‘the shift in attitudes to gay and trans people [that] has been the biggest social change of our lifetime.’ Yet Kay’s subject is deeply personal for her as a Black woman adopted by a White family in suburban Glasgow. . . . [The book is] ultimately about the power of the music on the listener and the enduring legacy left by the singer. Within passionate advocacy such as this, the Empress of the Blues lives on.”
—Kirkus Reviews

“Full of fierce identification with the singer’s race and gender trials. . . . Enlivened by fictional interludes. . . . The precariousness of Smith’s existence is starkly contrasted with the stoic character of her voice and the vital, often racy content of her lyrics, while Kay shines light on the wider cohort of characterful American bluesmen, whose heyday this was, and their socio-economic context.”
—Mojo

“Aptly called a ‘polyphonic text’ that combines many voices, [Bessie Smith is] a subjective narration of the singer’s life that reconstructs it from many perspectives, interweaving it with Kay’s own development. . . . Kay puts her own life and experiences centre stage in a poetic treatment. . . . Moving . . . a response of one artist to another.”
—The Wire

“Kay’s book is written in a heightened, looping style which echoes the Blues, and is almost as much about her relationship with Bessie as it is about Bessie herself. It includes fictionalised passages which expand on her early reveries about Bessie’s life, and an alternative history where letters, photographs and notebooks, spirited away by the singer’s controlling ex-husband Jack Gee, are sent in a trunk to Scotland, allowing the poet to delve into its treasures.”
—Big Issue

“Effortless, winning. . . . Everything is rendered living, somehow, through Kay’s dynamic approach to her material. . . . Kay has managed to summon all the rich variety of Bessie Smith’s art and life and just enough of her own story into a book that never hectors, never romanticises , and yet never underplays its own intelligence and warmth for its subject. It’s something beyond biography, more like song perhaps.”
—The Social

“Now including a new introduction, Kay’s book celebrates the life and art of the blues legend through biography, memoir, and fictional exploration. It’s a thrilling read, full of a fan’s love and will make you want to explore Bessie’s music more deeply.”
—Books from Scotland

“Jackie shows an empathy unusual in a biographer, the writing being enhanced by the fact that its author is also a stellar poet. Biographies don’t usually bring the subject to life again. This one did. I finished the book then started it again immediately.”
—Peggy Seeger

“A wonderful writer, on a magnificent singer . . . This is a book about a woman who’s music—basically, the Blues—precipitated so much of what still makes our best popular music so vital, by a writer who really knows, from the heart, what she’s talking about.”
—Robert Wyatt Expand reviews