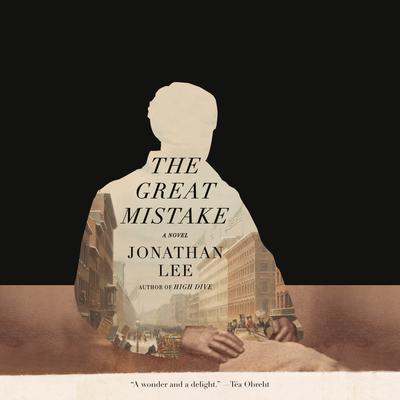 From the acclaimed author of High Dive comes an enveloping, exultant novel of New York City at the turn of the twentieth century, a story of one man's rise to fame and fortune, and his mysterious murder.

Andrew Haswell Green is dead, shot at the venerable age of eighty-three, when he thought life could hold no more surprises. The killing--on Park Avenue, in broad daylight, on Friday the thirteenth--shook the city. Green was born to a poor farmer, yet without him there would be no Central Park, no Metropolitan Museum of Art, no Museum of Natural History, no New York Public Library. And Green had a secret, a life locked within him that now, in the hour of his death--alone, misunderstood--is set to break free. As the detective assigned to Green's case chases his ghost across the city, we meet a wealthy courtesan, a brokenhearted man in a bowler hat, and a lawyer turned politician whose decades-long friendship with Green is the source of both his troubles and his joys. A work of tremendous depth and piercing emotion, The Great Mistake is the story of a city transformed, a murder that made a private man infamous, and a portrait of a singular individual who found the world closed off to him--yet enlarged it.