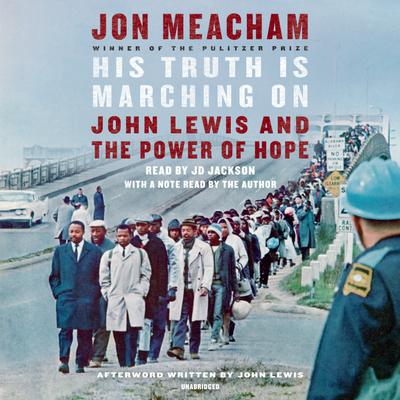 If you enjoyed We're Better Than This, then you’ll love His Truth Is Marching On.

“Meacham's latest is a fascinating deep dive on John Lewis's formative years getting into good trouble as a civil rights activist in the 1960s. Anecdotes are pulled from both historical documentation and directly from interviews with Lewis himself. Narrator JD Jackson does a fantastic job, adding cadence for different speakers without a hint of caricature. Lewis's strong sense of justice and freedom, most often driven by faith, are on full display in this must-read.”