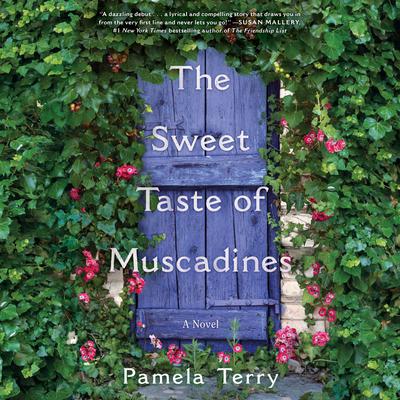 The Sweet Taste of Muscadines

A woman returns to her small southern hometown in the wake of her mother’s sudden death—only to find the past upended by stunning family secrets—in this intimate debut novel, written with deep compassion and sharp wit.

“A deeply moving work of Southern fiction that will appeal to fans of Where the Crawdads Sing . . . a story to remember long after the last page is turned.”—Susan Wiggs, #1 New York Times bestselling author of The Lost and Found Bookshop

Lila Bruce Breedlove never quite felt at home in Wesleyan, Georgia, especially after her father’s untimely demise when she was a child. Both Lila and her brother, Henry, fled north after high school, establishing fulfilling lives of their own. In contrast, their younger sister, Abigail, opted to remain behind to dote on their domineering, larger-than-life mother, Geneva. Yet despite their independence, Lila and Henry know deep down that they’ve never quite reckoned with their upbringing.

When their elderly mother dies suddenly and suspiciously in the muscadine arbor behind the family estate, Lila and Henry return to the town that essentially raised them. But as they uncover the facts about Geneva’s death, shocking truths are revealed that overturn the family’s history as they know it, sending the pair on an extraordinary journey to chase a truth that will dramatically alter the course of their lives. The Sweet Taste of Muscadines reminds us all that true love never dies.