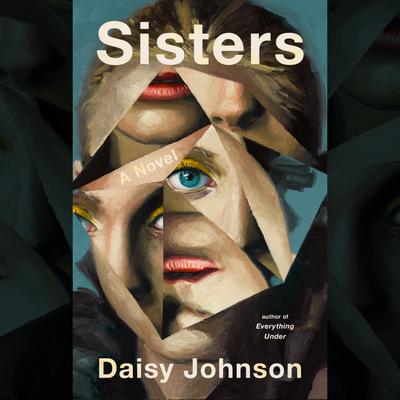 If you enjoyed We Have Always Lived in the Castle, then you’ll love Sisters.

“I am a devoted fan of Shirley Jackson, and it was the echoes of Jackson’s work that led me to pick up Sisters, the story of two overly-close siblings and their depressed mother escaping to a crumbling house in the English countryside after tragedy strikes. Jackson remains the closest parallel that I can think of, but despite the familiar gothic tropes and the clear kinship Johnson shows for the genre, it is, upon completion, hard to think of Sisters as anything but its own thing. The writing is deliriously gorgeous and haunting, and the storytelling is like a flawlessly cut diamond. This is one of those novels you both want to savor and race through: Sisters is a shimmeringly beautiful work of art.”

“[A] skillfully crafted gothic mystery . . . Johnson pulls off a great feat in this book.” —Financial Times

“It reminded me, in its general refusal to play nice, of early Ian McEwan.” —The New York Times Book Review

“Johnson crafts an aching thriller about the dangers of loving too intensely.” —Time

From a Booker Prize finalist and international literary star: a blazing portrait of one darkly riveting sibling relationship, from the inside out.

“One of her generation’s most intriguing authors” (Entertainment Weekly), Daisy Johnson is the youngest writer to have been shortlisted for the Man Booker Prize. Now she returns with Sisters, a haunting story about two sisters caught in a powerful emotional web and wrestling to understand where one ends and the other begins.

Born just ten months apart, July and September are thick as thieves, never needing anyone but each other. Now, following a case of school bullying, the teens have moved away with their single mother to a long-abandoned family home near the shore. In their new, isolated life, July finds that the deep bond she has always shared with September is shifting in ways she cannot entirely understand. A creeping sense of dread and unease descends inside the house. Meanwhile, outside, the sisters push boundaries of behavior—until a series of shocking encounters tests the limits of their shared experience, and forces shocking revelations about the girls’ past and future.

Written with radically inventive language and imagery by an author whose work has been described as “entrancing” (The New Yorker), “a force of nature” (The New York Times Book Review), and “weird and wild and wonderfully unsettling” (Celeste Ng), Sisters is a one-two punch of wild fury and heartache—a taut, powerful, and deeply moving account of sibling love and what happens when two sisters must face each other’s darkest impulses.