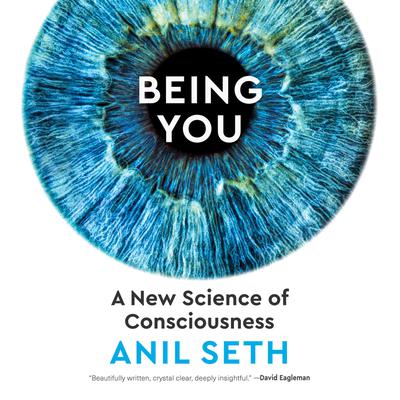 A New Science of Consciousness

“An accessible, unfailingly interesting look inside the workings of the human brain, celebrating its beguiling nature.”
—Kirkus

Anil Seth's quest to understand the biological basis of conscious experience is one of the most exciting contributions to twenty-first-century science.

An unprecedented tour of consciousness thanks to new experimental evidence, much of which comes from Anil Seth's own lab. His radical argument is that we do not perceive the world as it objectively is, but rather that we are prediction machines, constantly inventing our world and correcting our mistakes by the microsecond, and that we can now observe the biological mechanisms in the brain that accomplish this process of consciousness.

Seth's work has yielded new ways to communicate with patients previously deemed unconscious, as well as promising methods of coping with brain damage and disease. Being You sheds light on the future of AI and virtual/augmented reality, adds empirical evidence to cutting-edge ideas of how the brain works, and ushers in a new age in the study of the mystery of human consciousness. This book is a life-changing existential insight into being you.