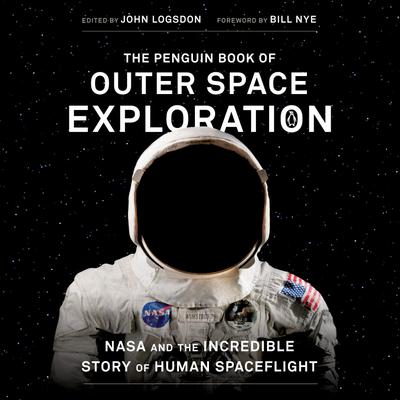 NASA and the Incredible Story of Human Spaceflight

The fascinating story of how NASA sent humans to explore outer space, told through a treasure trove of historical documents--publishing in celebration of NASA's 60th anniversary and with a foreword by Bill Nye

"An extremely useful and thought provoking documentary journey through the maze of space history. There is no wiser or more experienced navigator through the twists and turns and ups and downs than John Logsdon." -James Hansen, New York Times bestselling author of First Man, now a feature film starring Ryan Gosling and Claire Foy

Among all the technological accomplishments of the last century, none has captured our imagination more deeply than the movement of humans into outer space. From Sputnik to SpaceX, the story of that journey--including the inside history of our voyages to the moon depicted in First Man--is told as never before in The Penguin Book of Outer Space Exploration.

Renowned space historian John Logsdon traces the greatest moments in human spaceflight by weaving together essential, fascinating documents from NASA's history with his expert narrative guidance. Beginning with rocket genius Wernher von Braun's vision for voyaging to Mars, and closing with Elon Musk's contemporary plan to get there, this volume traces major events like the founding of NASA, the first American astronauts in space, the Apollo moon landings, the Challenger disaster, the daring Hubble Telescope repairs, and more. In these pages, we such gems as Eisenhower's reactions to Sputnik, the original NASA astronaut application, John Glenn's reflections on zero gravity, Kennedy's directives to go to the moon, discussions on what Neil Armstrong's first famous first words should be, firsthands accounts of spaceflight, and so much more.