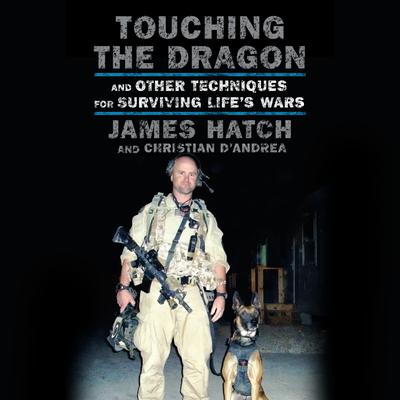 And Other Techniques for Surviving Life's Wars

“Jimmy Hatch is a personal hero of mine.”
—Anderson Cooper

James Hatch is a former special ops Navy SEAL senior chief, master naval parachutist, and expert military dog trainer and handler. On his fateful final mission in Afghanistan, his SEAL team was sent to recover Bowe Bergdahl—the soldier who deserted his post and fell into the hands of Al-Qaida and the Taliban. The mission went south, and Hatch was left with a shattered femur from an AK-47 round and the SEAL dog who fought alongside him was dead. As a result of his horrific leg wound, his twenty-four-year military career came to an end—and with it the only life he’d ever known.
In Touching the Dragon, we witness his long road to recovery. Getting well physically required eighteen surgeries, twelve months of recovery, and learning to walk again. But getting well mentally would prove to be much tougher, as he fought through the depths of despair, alcoholism, and the pull to end his own life. What emerges is a different kind of hero’s journey, one in which Hatch shows the courage it takes to confess, confront, and overcome his own brokenness. Through the love of family, friends, and his military dogs, Hatch learned remarkable tools and found his purpose, and now he wants to share this wisdom with the rest of us because we all have wounds.