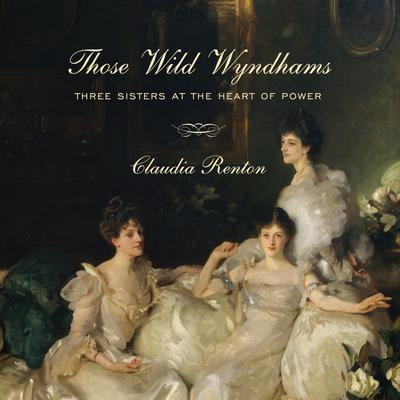 Three Sisters at the Heart of Power

The three dazzlingly beautiful, wildly rich Wyndham sisters, part of the four hundred families that made up Britain's ruling class, at the center of cultural and political life in late-Victorian/Edwardian Britain. Here are their complex, idiosyncratic lives; their opulent, privileged world; their romantic, roiling age.

They were confidantes to British prime ministers, poets, writers, and artists, their lives entwined with the most celebrated and scandalous figures of the day, from Oscar Wilde to Henry James. They were the lovers of great men--or men of great prominence...Mary Wyndham, wilder than her wild brothers; lover of Wilfrid Blunt, confidante of Prime Minister Arthur Balfour (the Balfour Declaration); married to Hugo, Lord Elcho; later the Countess of Wemyss...Madeline Adeane, the quietest and happiest of the three...and Pamela, spoiled, beautiful, of the three, possesser of the true talent, wife of the Foreign Secretary Edward Grey (later Viscount Grey), who took Britain into the First World War.
They lived in a world of luxurious excess, a world of splendor at 44 Belgrave Square, and later at the even more vast Clouds, the exquisite Wiltshire house on 4,000 acres, the "house of the age," designed, in 1876, by the visionary architect, Philip Webb; the model for Henry James's The Spoils of Poynton.
They were bred with the pride of the Plantagenets and raised with a fierce belief that their family was exceptional. They avoided the norm at all costs and led the way to a blending of aristocracy and art. Their group came to be called The Souls, whose members from 1885 to the 1920s included the most distinguished politicians, artists, and thinkers of their time.
In Those Wild Wyndhams, Claudia Renton gives us a dazzling portrait of one of England's grandest, noblest families. Renton captures, with nuance and depth, their complex wrangling between head and heart, and the tragedy at the center of all their lives as the privilege and bliss of the Victorian age gave way to the Edwardian era, the Great War, and the passing of an opulent world.