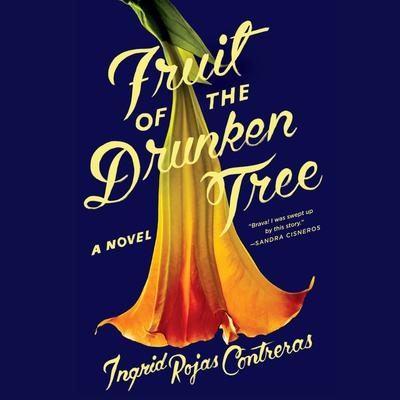 Fruit of the Drunken Tree

Fruit of the Drunken Tree

“Fruit of the Drunken Tree made me cry at the airport. I was impressed by the small kingdom of women Contreras builds, with violence always threatening to creep in, all seen through the eyes of Chula, the youngest daughter. Contreras made her perspective believably cloistered while masterfully writing all the people around Chula in ways that made them feel real. Also masterful was the way Contreras used Petrona’s narrative throughout and the restraint she showed in dipping into her thoughts; she always left me wanting more. What Contreras chooses not to write has as big an effect as what she does. This novel is a dynamic exploration of what is known and, sometimes willfully, what is left unknown.”

“One of the most dazzling and devastating novels I’ve read in a long time...Readers of Fruit of the Drunken Tree will surely be transformed.”
--San Francisco Chronicle

“Simultaneously propulsive and poetic, reminiscent of Isabel Allende...Listen to this new author’s voice — she has something powerful to say.”
--Entertainment Weekly

Seven-year-old Chula and her older sister Cassandra enjoy carefree lives thanks to their gated community in Bogotá, but the threat of kidnappings, car bombs, and assassinations hover just outside the neighborhood walls, where the godlike drug lord Pablo Escobar continues to elude authorities and capture the attention of the nation.
When their mother hires Petrona, a live-in-maid from the city's guerrilla-occupied slum, Chula makes it her mission to understand Petrona's mysterious ways. But Petrona's unusual behavior belies more than shyness. She is a young woman crumbling under the burden of providing for her family as the rip tide of first love pulls her in the opposite direction. As both girls' families scramble to maintain stability amidst the rapidly escalating conflict, Petrona and Chula find themselves entangled in a web of secrecy that will force them both to choose between sacrifice and betrayal.
Inspired by the author's own life, and told through the alternating perspectives of the willful Chula and the achingly hopeful Petrona, Fruit of the Drunken Tree contrasts two very different, but inextricably linked coming-of-age stories. In lush prose, Rojas Contreras has written a powerful testament to the impossible choices women are often forced to make in the face of violence and the unexpected connections that can blossom out of desperation.