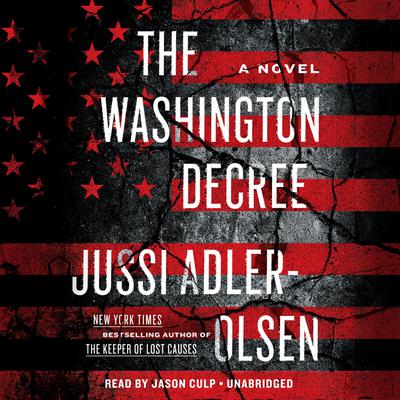 The New York Times and #1 internationally bestselling author of the Department Q series is back, with a terrifyingly relevant stand-alone novel about an America in chaos.

"The president has gone way too far. . . . These are practically dictatorial methods we're talking about."

For Doggie, who worked the campaign trail with Wesley, Jansen's election is a personal victory: a job in the White House, proof to her Republican father that she was right to support Jansen, and the rise of an intelligent, clear-headed leader with her same ideals. But the triumph is short-lived: Jansen's pregnant wife is assassinated on election night, and the alleged mastermind behind the shooting is none other than Doggie's own father.

When Jansen ascends to the White House, he is a changed man, determined to end gun violence by any means necessary. Rights are taken away as quickly as weapons. International travel becomes impossible. Checkpoints and roadblocks destroy infrastructure. The media is censored. Militias declare civil war on the government. The country is in chaos, and Jansen's former friends each find themselves fighting a very different battle, for themselves, their rights, their country . . . and, in Doggie's case, the life of her father, who just may be innocent.