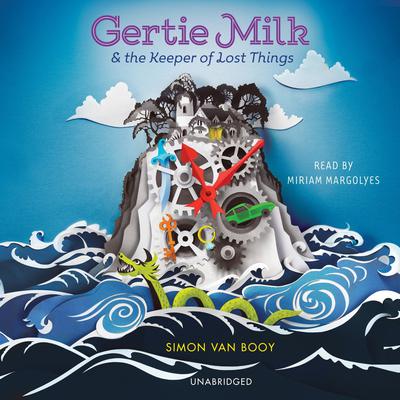 Gertie Milk and the Keeper of Lost Things

When twelve-year-old Gertie Milk washes up on the island of Skuldark, she finds that all of her memories are gone. Home to helpful Slug Lamps, delicious moonberries, and a ferocious Guard Worm, the island is full of oddities, including a cozy cottage containing artifacts from every corner of history.

It is there that Gertie discovers she has been chosen as the next Keeper of Lost Things, tasked with the mission of returning objects to history’s most important figures right when they need them most. With the help of a time machine disguised as a vintage sports car and the guidance of her fellow Keeper, Kolt, Gertie dodges an elephant army in ancient Alexandria, crashes a 1920s flapper party, and battles a ruthless Zhou Dynasty king.

But soon, Gertie encounters an enemy that threatens everything the Keepers stand for: The Losers, villains who don't want to keep order but destroy it. Now, Gertie must uncover the truth of her own past if she wants to stop the Losers and set history back in place.