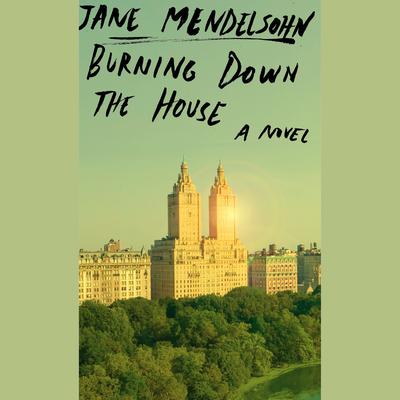 Burning Down the House

“It begins with a child . . .” So opens Jane Mendelsohn’s powerful, riveting new novel. A classic family tale colliding with the twenty-first century, Burning Down the House tells the story of two girls. Neva, from the mountains of Russia, was sold into the sex trade at the age of ten; Poppy is the adopted daughter of Steve, the patriarch of a successful New York real estate clan, the Zanes. She is his sister’s orphaned child. One of these young women will unwittingly help bring down this grand household with the inexorability of Greek tragedy, and the other will summon everything she’s learned and all her strength to try to save its members from themselves.

In cinematic, dazzlingly described scenes, we enter the lavish universe of the Zane family, from a wedding in an English manor house to the trans-global world of luxury hotels and restaurants—from New York to Rome, Istanbul to Laos. As we meet them all—Steve’s second wife, his children from his first marriage, the twins from the second, their friends and household staff—we enter with visceral immediacy an emotional world filled with a dynamic family’s loves, jealousies, and yearnings. In lush, exact prose, Mendelsohn transforms their private stories into a panoramic drama about a family’s struggles to face the challenges of internal rivalry, a tragic love, and a shifting empire. Set against the backdrop of financial crisis, globalization, and human trafficking, the novel finds inextricable connections between the personal and the political.

Dramatic, compassionate, and psychologically complex, Burning Down the House is both wrenching and unputdownable, an unforgettable portrayal of a single family caught up in the earthquake that is our contemporary world.