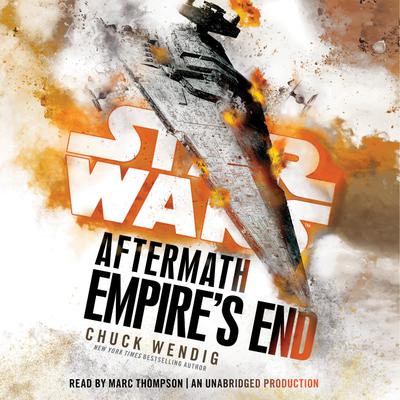 As the final showdown between the New Republic and the Empire draws near, all eyes turn to a once-isolated planet: Jakku.

The Battle of Endor shattered the Empire, scattering its remaining forces across the galaxy. But the months following the Rebellion’s victory have not been easy. The fledgling New Republic has suffered a devastating attack from the Imperial remnant, forcing the new democracy to escalate its hunt for the hidden enemy.

For her role in the deadly ambush, Grand Admiral Rae Sloane is the most wanted Imperial war criminal—and one-time rebel pilot Norra Wexley, back in service at Leia’s urgent request, is leading the hunt. But more than just loyalty to the New Republic drives Norra forward: Her husband was turned into a murderous pawn in Sloane’s assassination plot, and now she wants vengeance as much as justice.

Sloane, too, is on a furious quest: pursuing the treacherous Gallius Rax to the barren planet Jakku. As the true mastermind behind the Empire’s devastating attack, Rax has led the Empire to its defining moment. The cunning strategist has gathered the powerful remnants of the Empire’s war machine, preparing to execute the late Emperor Palpatine’s final plan. As the Imperial fleet orbits Jakku, an armada of Republic fighters closes in to finish what began at Endor. Norra and her crew soar into the heart of an apocalyptic clash that will leave land and sky alike scorched. And the future of the galaxy will finally be decided.

“The Force is strong with Star Wars: Aftermath.”—Alternative Nation

“The Star Wars universe is fresh and new again, and just as rich and mysterious as it always was.”—Den of Geek!

“Compulsively readable, the kind of caramel-corn book you just keep stuffing in your face until it’s gone.”—Tordotcom

“Man oh man, this is good stuff. [Life Debt] reveals what Han and Chewie were up to after Return of the Jedi.”—io9 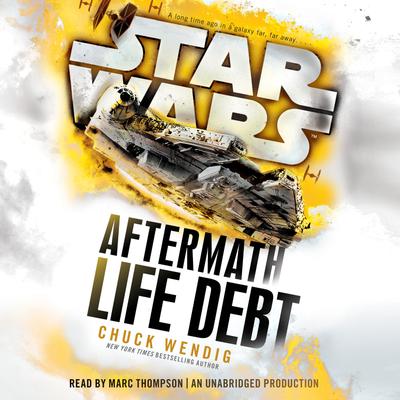 NEW YORK TIMES BESTSELLER • Set between the events of Return of the Jedi and The Force Awakens, the never-before-told story that began with Star Wars: Aftermath continues in this thrilling novel, the second book of Chuck Wendig’s bestselling trilogy.

The Emperor is dead, and the remnants of his former... Read More » 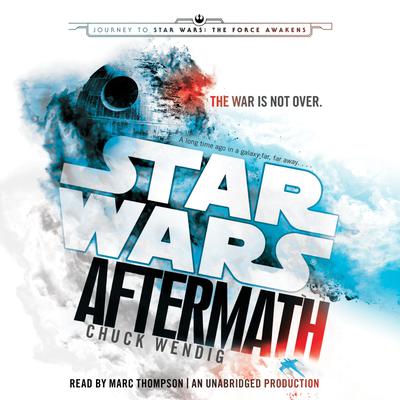 As the Empire reels from its critical defeats at the Battle of Endor, the... Read More »

As the final showdown between the New Republic and the Empire draws near,... Read More »