The Second Life of Nick Mason

“A gamechanger. Nick Mason is one of the best main characters I've read in years.”—Harlan Coben

From New York Times-bestselling, two-time Edgar-award-winning author Steve Hamilton comes an unforgettable new hero, a man who will walk out of prison and into a harrowing double life that is anything but free.

Nick Mason has already spent five years inside a maximum security prison when an offer comes that will grant his release twenty years early. He accepts—but the deal comes with a terrible price.

Now, back on the streets, Nick Mason has a new house, a new car, money to burn, and a beautiful roommate. He’s returned to society, but he's still a prisoner. Whenever his cell phone rings, day or night, Nick must answer it and follow whatever order he is given. It’s the deal he made with Darius Cole, a criminal mastermind serving a double-life term who runs an empire from his prison cell.

Forced to commit increasingly more dangerous crimes, hunted by the relentless detective who put him behind bars, and desperate to go straight and rebuild his life with his daughter and ex-wife, Nick will ultimately have to risk everything—his family, his sanity, and even his life—to finally break free.

Steve Hamilton is the New York Times-bestselling author of twelve novels, most recently Die a Stranger and Let It Burn.  His debut, A Cold Day in Paradise, won both an Edgar and a Shamus Award for Best First Novel. His standalone novel The Lock Artist was a New York Times Notable Crime Book and won an Alex Award and the Edgar Award for Best Novel. He attended the University of Michigan, where he won the prestigious Hopwood Award for writing, and now lives in Cottekill, NY, with his wife and their two children. 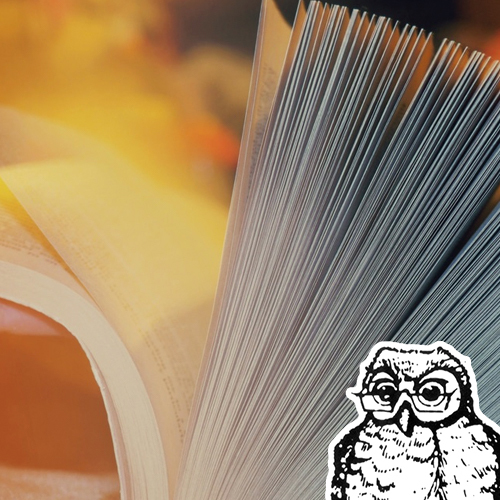 Praise for The Second Life of Nick Mason

“[The Second Life of Nick Mason] is so good, it legitimately stands shoulder to padded paranoid shoulder with the classics of the crime noir genre… There are so many terrific elements in this novel—Nick’s haunted character, a plot that never darts in the direction you expect it to, and a truly ingenious climax—that I could be here till Labor Day singing its praises.”—Maureen Corrigan, NPR Fresh Air

“[A] heart-pounding thriller with cinematic appeal...Hamilton cleverly imbues the narrative with myriad of twists and turns, allowing the intricate plot to unfold with stunning and extraordinary skill and suspense. From the honor amongst thieves, to the honor amongst those sworn to protect us, to the loyalty among childhood friends and beloved family, multiple worlds collide as Hamilton catapults us into Nick Mason's complex psyche.”—Esquire.com

“As fertile as Chicago is for crime fiction, it isn't often that an outsider captures the underside of the local scene as memorably as Steve Hamilton does with The Second Life of Nick Mason, the terrific first installment in a projected series...The novel more than lives up to its hype.”—Chicago Tribune

“In this edgy noir from a crime fiction maestro, an ex-con struggles with unexpected freedom, falteringly rebuilding his life while a depraved puppet master still behind bars pulls his strings.”—O Magazine

“[A] reinvention of the noir thriller...Hamilton gives us a bad guy who is willing—and able—to do worse....Edgy and intelligent entertainment that hits with the force of a narrative bullet.”—Arizona Republic

“Steve Hamilton’s new novel, The Second Life of Nick Mason, is every bit as good as Don Winslow and Harlan Coben and Michael Connelly say it is.”—New York Daily News

“A captivating thriller...Hamilton's latest novel is ambitious in its criminal scope and it rises to the challenge of not only creating compelling three-dimensional characters, but also fearlessly confronting our classic perceptions of right and wrong, good and evil, as Mason desperately tries to escape his unholy bonds of criminal servitude, regain his autonomy and perhaps whatever's left of his humanity...Time will tell where Mason will ultimately end up, but the next installment in this enthralling series is sure to be another Hamilton page-turner, and can't come soon enough.”—Esquire

“A suspenseful, fast-paced crime novel with the same heart, well-drawn characters and muscular prose that fans of [Hamilton’s] popular Alex McKnight series and his fine stand-alone novels such as The Lock Artist have come to expect.”—Bruce DeSilva, Associated Press

“A fine premise, a vibrant setting, a charismatic antihero...it's a tight, gripping book about a man hellbent on reinventing himself against long odds.”—The New York Times

“The sinner who gets a chance to start over is an archetypal figure in crime fiction. Steve Hamilton works a smart variation on it in The Second Life of Nick Mason.”—Marilyn Stasio, The New York Times Book Review

“[An] intelligent thriller....The reader has a vulnerable underdog to root for: a loser who may yet be born to win.”—The Wall Street Journal

“Hamilton gets just about everything right in [The Second Life of Nick Mason]. The narrative is spare, descriptions lean and settings authentic.”—The Arizona Republic

“A tense, coiled thriller...It moves like a bullet train, told in a deceptively simple, gin-clear prose that all but sucker punches the reader....One of [Hamilton’s] best.”—Booklist (starred review)

“Hamilton surpasses himself with Mason, who inspires storytelling of the leanest, most gripping sort...A terrific new hero.”—Kirkus Reviews (starred review)

“[A] high-octane series launch...Hamilton guns it like Nick’s 1968 Mustang for a fast and furious ride.”—Publishers Weekly (starred review)

“Steve Hamilton amazes me. Every time I think he's going to zig he zags. As original as any writer I've ever read, Hamilton once again reinvents himself and the genre with another wonderful character and story. Get in on the ground floor with The Second Life of Nick Mason. It's a great read.”—Michael Connelly

“A gamechanger. Nick Mason is one of the best main characters I've read in years. An intense, moving, absolutely relentless book—it will grab you from the first line and never let go.”—Harlan Coben

“Stunning. A gripping non-stop thriller. An engrossing read from page one. Steve Hamilton has delivered a fascinating new character. A flat out terrific read. I could not put this book down.”—Don Winslow

“Whatever he writes, I'll read. Steve Hamilton's that good.”—Lee Child

“If this book were a bullet, it would blow a hole right through you. Once Steve Hamilton pulls the trigger, the action in The Second Life of Nick Mason never lets up. Hamilton's tale of a man released from one prison only to find himself trapped in another is told with all the style and power we expect from an Edgar Award-winning author. This is crime fiction at its finest.”—William Kent Krueger (2014 Edgar Winner for Best Novel of 2013) Expand reviews