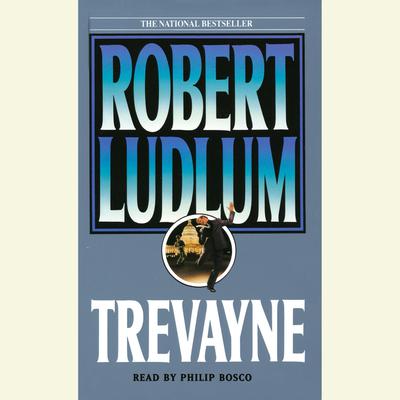 Fearless and incorruptible, Andrew Trevayne is a self-made millionaire, former undersecretary of state, and current head of one of the nation’s most prestigious foundations. Now, at the express wish of the president, Trevayne undertakes an investigation into the “secret government”—and is soon swept up in a tidal wave of intrigue and danger. Beyond the corridors of official power he discovers a nightmare maze where billionaires mingle with Mafia dons, where sinister forces are poised to enact a chilling conspiracy, where Congress and even the presidency itself can be bought and sold, where survival hinges on a hair trigger. In this world, a man like Trevayne can easily become a pawn, an enemy—or a king.

Praise for Robert Ludlum and Trevayne

“A taut novel that spares no one.”—The New York Times

“Don’t ever begin a Ludlum novel if you have work the next day.”—Chicago Tribune