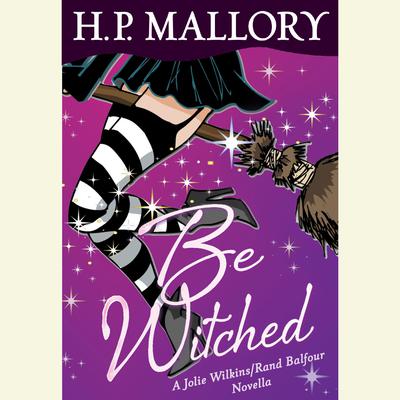 In this sexy and spellbinding original short story, available exclusively as an eBook, bestselling author H. P. Mallory presents the exciting Underworld from a never-before-seen point of view—through the eyes of Rand Balfour, a drop-dead gorgeous warlock and the love of Jolie Wilkins’s life.

While the undead wage a brutal civil war, Rand Balfour has only one thing on his mind: protecting his true love, Jolie Wilkins, the savvy and spirited witch whose powers have made her the toast—and target—of the new Underworld order.

For Rand, keeping Jolie safe means guarding against allies and enemies alike. First there’s Sinjin Sinclair, a dangerously seductive vampire who has his fangs set on Jolie, and who Rand suspects of harboring a sinister agenda. Then there are the factions of supernatural creatures causing chaos at every turn. But most shocking is Rand himself, whose wild desire for Jolie may put her very life at risk. Torn between his duty and his passion, Rand must summon all his strength to withstand temptation, even if it costs him the one woman he cannot bear to lose.