Scientology, Hollywood, and the Prison of Belief
by Lawrence Wright


A clear-sighted revelation, a deep penetration into the world of Scientology by the Pulitzer Prize-winning author of The Looming Tower, the now-classic study of al-Qaeda’s 9/11 attack. Based on more than two hundred personal interviews with current and former Scientologists—both famous and less well known—and years of archival research, Lawrence Wright uses his extraordinary investigative ability to uncover for us the inner workings of the Church of Scientology.

At the book’s center, two men whom Wright brings vividly to life, showing how they have made Scientology what it is today: The darkly brilliant science-fiction writer L. Ron Hubbard, whose restless, expansive mind invented a new religion. And his successor, David Miscavige—tough and driven, with the unenviable task of preserving the church after the death of Hubbard.

We learn about Scientology’s complicated cosmology and special language. We see the ways in which the church pursues celebrities, such as Tom Cruise and John Travolta, and how such stars are used to advance the church’s goals. And we meet the young idealists who have joined the Sea Org, the church’s clergy, signing up with a billion-year contract.

In Going Clear, Wright examines what fundamentally makes a religion a religion, and whether Scientology is, in fact, deserving of this constitutional protection. Employing all his exceptional journalistic skills of observation, understanding, and shaping a story into a compelling narrative, Lawrence Wright has given us an evenhanded yet keenly incisive book that reveals the very essence of what makes Scientology the institution it is.

Lawrence Wright is a graduate of Tulane University and the American University in Cairo, where he spent two years teaching. He is a staff writer for The New Yorker, and the author of one novel, God’s Favorite, and six previous books of nonfiction, including In the New World; Saints and Sinners; Remembering Satan; and The Looming Tower, which was the recipient of many honors—among them, the Pulitzer Prize, the Los Angeles Times Book Prize, and the New York Public Library’s Helen Bernstein Book Award for Excellence in Journalism. He is also a screenwriter and a playwright. He and his wife are longtime residents of Austin, Texas. 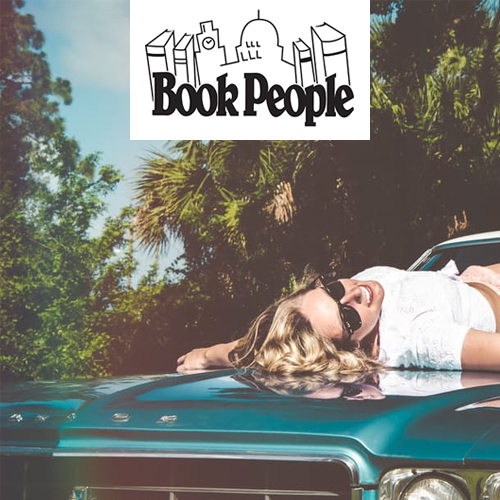 Praise for Going Clear: Scientology, Hollywood, and the Prison of Belief, by Lawrence Wright

“Who’d have thought a history of a religion would offer so many guilty pleasures?   Lawrence Wright’s enthralling account of Scientology’s rise brims with celebrity scandal. To anyone who gets a sugar rush from Hollywood gossip, the chapters on Tom Cruise and John Travolta will feel like eating a case of Ding Dongs.”
—Evan Wright, The Los Angeles Times

“An utterly necessary story . . . A feat of reporting. The story of Scientology is the great white whale of investigative journalism about religion.”—Paul Elie, The Wall Street Journal

“Wright’s account of the church’s history and struggles is helpful, admirably fair-minded and, at times, absorbing . . . The book’s most intriguing aspect, though is not its treatment of Scientology, in particular,  but its raising general questions about the nature of faith and reason and the role of religion in American life.”
—Troy Jollimore, Chicago Tribune

“A wild ride of a page-turner, as enthralling as a paperback thriller . . .I could go on and on, listing Hubbard’s tall tales, paranoid delusions and eccentricities, as well as Miscavige’s brutalities and tidbits from the famously wacky and decidedly unscientific Scientologist cosmology.”—Laura Miller, Salon.com

“Insightful, gripping, and ultimately tragic . . . The initial biographical section [about L. Ron Hubbard] could stand as an engrossing book in itself. . . .The second section,
“Hollywood,” provides the answer to one of the great mysteries of the modern world:  What’s the deal with Tom Cruise and Scientology?”—Buzzy Jackson, The Boston Globe


“Lawrence Wright brings a clear-eyed investigative fearlessness to Scientology—its history, theology, its hierarchy—and the result is . . . evidence that truth can be stranger even than science fiction.”—Lisa Miller, The Washington Post


“A gripping, exhaustive, remarkably evenhanded investigation of the religion everyone loves to hate.”—Lawrence Levi, Newsday


“It’s incredible.   It is an incredible, fascinating read.    It is like a pirate novel, but there are celebrities in it. I admired [Wright’s] chutzpah, he’s like Don Quixote.”—The Hairpin


“Revealing and disturbing . . . A series of devastating revelations that will come as news even to hardened Scientology buffs who follow the Church’s every twist and turn.”—The Daily Beast


“Devastating . . . A patient, wholly compelling investigation into a paranoid "religion" and the faithful held in its sweaty grip.”—Kirkus Reviews


“Not only a titillating expose on the reported “you’re kidding me” aspects of the religion, but a powerful examination of belief itself.”—Entertainment Weekly


“A fascinating look behind the curtain of an organization whose ambition and influence are often at odds with its secretive ways. . . . For those aware of Scientology through its celebrity adherents (Tom Cruise and John Travolta are the best known) rather than its works, the sheer scope of the church’s influence and activities will be jaw-dropping.”
—Keir Graff, Booklist