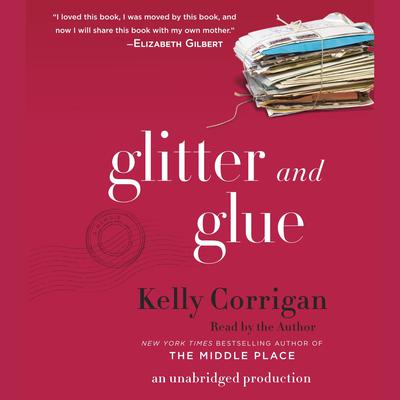 NEW YORK TIMES BESTSELLER • A memoir from the author of The Middle Place about mothers and daughters—a bond that can be nourishing, exasperating, and occasionally divine.

When Kelly Corrigan was in high school, her mother neatly summarized the family dynamic as “Your father’s the glitter but I’m the glue.” This meant nothing to Kelly, who left childhood sure that her mom—with her inviolable commandments and proud stoicism—would be nothing more than background chatter for the rest of Kelly’s life, which she was carefully orienting toward adventure. After college, armed with a backpack, her personal mission statement, and a wad of traveler’s checks, she took off for Australia to see things and do things and Become Interesting.

But it didn’t turn out the way she pictured it. In a matter of months, her savings shot, she had a choice: get a job or go home. That’s how Kelly met John Tanner, a newly widowed father of two looking for a live-in nanny. They chatted for an hour, discussed timing and pay, and a week later, Kelly moved in. And there, in that house in a suburb north of Sydney, 10,000 miles from the house where she was raised, her mother’s voice was suddenly everywhere, nudging and advising, cautioning and directing, escorting her through a terrain as foreign as any she had ever trekked. Every day she spent with the Tanner kids was a day spent reconsidering her relationship with her mother, turning it over in her hands like a shell, straining to hear whatever messages might be trapped in its spiral.

This is a book about the difference between travel and life experience, stepping out and stepping up, fathers and mothers. But mostly it’s about who you admire and why, and how that changes over time.

Praise for Glitter and Glue

“I loved this book, I was moved by this book, and now I will share this book with my own mother—along with my renewed appreciation for certain debts of love that can never be repaid.”—Elizabeth Gilbert, New York Times bestselling author of Eat, Pray, Love

“Kelly Corrigan’s thoughtful and beautifully rendered meditation invites readers to reflect on their own launchings and homecomings. I accepted the invitation and learned things about myself. You will, too. Isn’t that why we read?”—Wally Lamb, New York Times bestselling author of We Are Water

“Kelly Corrigan is no stranger to mining the depths of her heart. . . . Through her own experience of caring for children, she begins, for the first time, to appreciate the complex woman who raised her.”—O: The Oprah Magazine