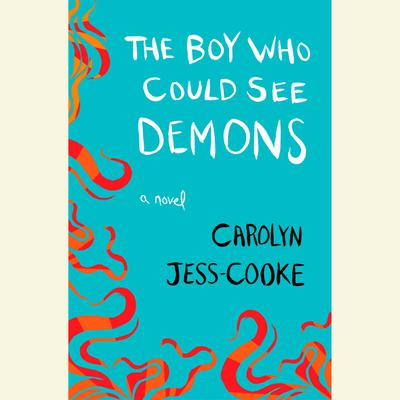 The Boy Who Could See Demons

Bestselling author Carolyn Jess-Cooke has written a brilliant novel of suspense that delves into the recesses of the human mind and soul—perfect for fans of Gillian Flynn and Lisa Unger. The Boy Who Could See Demons follows a child psychologist who comes up against a career-defining case—one that threatens to unravel her own painful past and jeopardizes the life of a boy who can see the impossible.

Dr. Anya Molokova, a child psychiatrist, is called in to work at MacNeice House, an adolescent mental health treatment center. There she is told to observe and assess Alex Connolly, a keenly intelligent, sensitive ten-year-old coping with his mother’s latest suicide attempt. Alex is in need of serious counseling: He has been harming himself and others, often during blackouts. At the root of his destructive behavior, Alex claims, is his imaginary “friend” Ruen, a cunning demon who urges Alex to bend to his often violent will.

But Anya has seen this kind of behavior before—with her own daughter, Poppy, who suffered from early-onset schizophrenia. Determined to help Alex out of his darkness, Anya begins to treat the child. But soon strange and alarming coincidences compel Anya to wonder: Is Alex’s condition a cruel trick of the mind? Or is Ruen not so make-believe after all? The reality, it turns out, is more terrifying than anything she has ever encountered.

A rich and deeply moving page-turner, The Boy Who Could See Demons sets out to challenge the imagination and capture the way life takes unexpected turns. In the best storytelling tradition, it leaves the reader changed.

Praise for The Boy Who Could See Demons

“A well written, engaging read filled with compassion for those suffering the whims of an untamed mental illness . . . A poignant read, The Boy Who Could See Demons is a suspenseful novel that probes the issues surrounding the devastating effects of mental illness. The author delves into the psychological issues of schizophrenia and mental disorders with such dexterity it leaves the reader stirred and affected, questioning throughout the story what is real and what is not. . . . As the conclusion draws near, the story takes unexpected turns, making it even more dramatic and compelling.”—New York Journal of Books

“Impressive . . . Jess-Cooke is every bit as skillful in her vivid portrayals of unworldly beings . . . as in illustrating the dreadful toll taken by mental illness.”—Booklist

“A searing novel of suspense.”—Publishers Weekly

“A psychologically complex thriller, told with compassion in a marvelously suspenseful narrative that keeps you engaged from the first page to the last . . . This book has it all: a dark and dangerous setting, characters full of depth, rich emotions, and a clever plot. You’ll fall in love with Alex—and his demons.”—Chevy Stevens, author of Still Missing

“Top-notch psychological suspense . . . Beware what you think you know. It might be only the demons talking.”—Lisa Gardner, author of Touch & Go

“Brilliant! Rich with fully formed characters, this heart-gripping novel will keep you riveted from first page to last.”—Jeffery Deaver, author of XO

“Utterly captivating, this is a book I adored and savored from the first to the very last magical page.”—Tess Gerritsen, author of Ice Cold