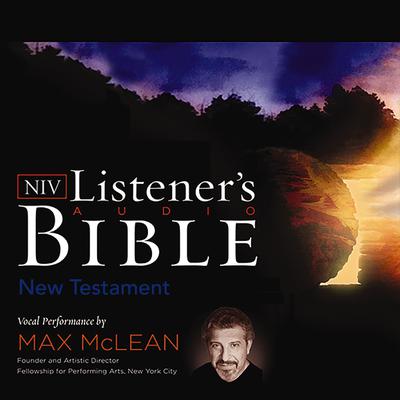 Before you could tuck it under your arm, before you could bring it up on your phone – you did not read Scripture, you listened to it. For centuries, the only way to access God’s Word was to hear it read aloud in public gatherings. Today, we blessed to own personal printed copies of the Bible, but there is a surprising benefit to hearing the Scriptures read aloud as it was for so many generations.

Read in a single voice with subtle background music, the NIV Listener’s Audio Bible, New Testament features Max McLean’s skillful, engaging, but never over-dramatized style. This audio Bible will bring God’s Word to life during your personal and family devotion times, group Bible study, or during your weekday commute. Listen to just 6 minutes a day and you’ll get through the New Testament twice in a year!

"These are the most engaging recordings of the Bible I have ever heard.”

"He sounds as you might expect the writers of the text to sound if they were speaking instead of writing... McLean reads the Bible like it is the Word of God."