The Impeachment of Abraham Lincoln

From the best-selling author of The Emperor of Ocean Park and New England White, a daring reimagining of one of the most tumultuous moments in our nation’s past

Stephen L. Carter’s thrilling new novel takes as its starting point an alternate history: President Abraham Lincoln survives the assassination attempt at Ford’s Theatre on April 14, 1865. Two years later he is charged with overstepping his constitutional authority, both during and after the Civil War, and faces an impeachment trial . . .

Twenty-one-year-old Abigail Canner is a young black woman with a degree from Oberlin, a letter of employment from the law firm that has undertaken Lincoln’s defense, and the iron-strong conviction, learned from her late mother, that “whatever limitations society might place on ordinary negroes, they would never apply to her.” And so Abigail embarks on a life that defies the norms of every stratum of Washington society: working side by side with a white clerk, meeting the great and powerful of the nation, including the president himself.  But when Lincoln’s lead counsel is found brutally murdered on the eve of the trial, Abigail is plunged into a treacherous web of intrigue and conspiracy reaching the highest levels of the divided government.

Here is a vividly imagined work of historical fiction that captures the emotional tenor of post–Civil War America, a brilliantly realized courtroom drama that explores the always contentious question of the nature of presidential authority, and a galvanizing story of political suspense.

STEPHEN L. CARTER is the William Nelson Cromwell Professor of Law at Yale University, where he has taught since 1982. He is also the author of seven books of nonfiction. He and his family live near New Haven, Connecticut. 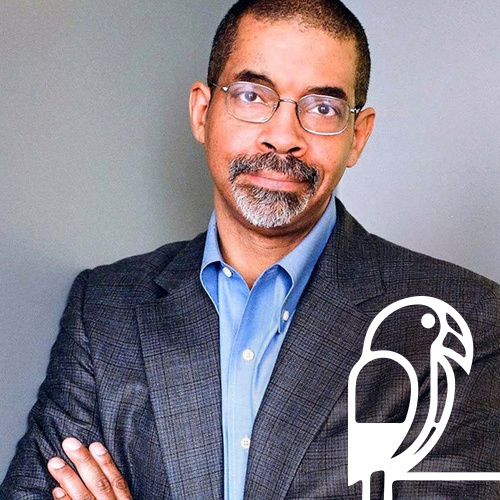 “With an encyclopedic command of period detail . . . Carter has created an entertaining story rooted in the legal, political and racial conflicts of 19th-century America. . . . Carter’s delight in all this material is infectious. He’s a fantastic legal dramatist, and there’s the constant pleasure of seeing his creation of Washington City in 1867, alive with sounds and smells. . . . History buffs can test their mettle by trying to unwind Carter’s entangling of fact and fiction, but anyone should enjoy this rich political thriller that dares to imagine how events might have ricocheted in a different direction after the Civil War.”
—Ron Charles, The Washington Post

“Washington readers will get a kick out of comparing Carter’s vivid portrait of late-19th-century DC with the city they know today. . . . But the best thing about sitting down with this rich, often thrilling novel is watching its alternative history unfold.”
—John Wilwol, The Washingtonian

“[T]he streets come alive in his vision of Washington . . . Carter’s tale comes to a conclusion as thrilling and untidy as the actual events that unfolded during the turbulent postwar years.”
—Andrew Dunn, Bloomberg.com

“A smart and engaging what-if that has the virtue of being plausible . . . Abigail makes for a grandly entertaining sleuth.”
—Kirkus Reviews

“This novel has all the juicy stew of post–Civil War Washington, with the complexities of race, class, and sex mixed in. Carter draws on historical documents and a vivid imagination to render a fascinating mix of murder mystery, political thriller, and courtroom drama . . . Imaginatively conceived.”
—Vanessa Bush, Booklist (starred) Expand reviews