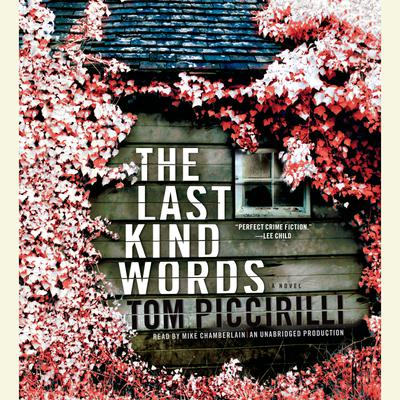 From award-winning author Tom Piccirilli comes what Lee Child calls “perfect crime fiction,” a wholly original novel introducing the Rands, a vipers’ nest of crooks and cons, one generation stealing from the next. Upon the razor-thin edge between love and violence lives a pair of brothers, their bonds frayed by betrayals and guilt, their loyalty to each other their last salvation.

Raised to pick a pocket before he could walk, Terry Rand cut free from his family after his older brother, Collie, went on a senseless killing spree that left eight dead. Five years later, only days before his scheduled execution, Collie contacts Terry and asks him to return home. Collie claims he wasn’t responsible for one of the murders—and insists that the real killer is still on the loose.

Dogged by his own demons, Terry is swept back into the schemes and scams of his family: His father, Pinsch, a retired cat burglar, brokenhearted because of his two sons. His card-sharp uncles, Mal and Grey, who’ve incurred the anger of the local mob. His grandfather, Shep, whose mind is failing but whose fingers can still slip out a wallet  from across the room. His teenage sister, Dale, who’s flirting dangerously with the lure of the family business. And Kimmie, the woman Terry abandoned, who’s now raising a child with Terry’s former best friend.

Terry pieces together the day his brother turned rabid, delving into a blood history that reveals the Rand family tree is rotten to the roots, and the secrets his ancestors buried are now coming furious and vengeful to the surface.

A meditation on how love can confine a person just as easily as it can free him, juxtaposing shocking violence and sly humor, The Last Kind Words is the brilliantly inventive family saga that only a singular talent like Tom Piccirilli could conjure.

Praise for The Last Kind Words

“A crime noir mystery as hard-boiled as any in recent memory, recalling the work of Chandler, Pelecanos and Connelly . . . Readers literally will be pinned to their seats until the last page is turned.”—Bookreporter

“At once a dark and brooding page-turner and a heartfelt tale about the ties that bind.”—Lisa Unger, New York Times bestselling author of Heartbroken

“[Piccirilli] deserves a breakout novel, and this just might be it.”—Booklist (starred review)

From award-winning author Tom Piccirilli comes what Lee Child calls “perfect crime fiction,” a wholly original novel introducing the Rands, a vipers’ nest of crooks and cons, one generation stealing from the next. Upon the razor-thin edge between love and violence lives a pair of brothers, their bonds frayed by betrayals and guilt, their loyalty... Read more »