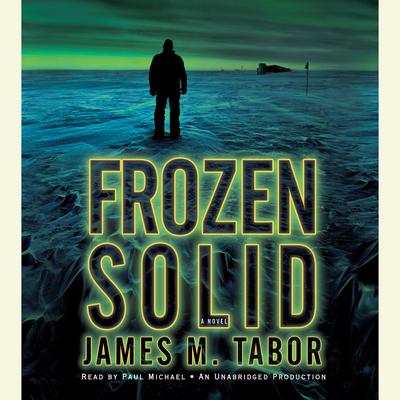 The Deep Zone was hailed as “an absolutely phenomenal read by the new Michael Crichton” (Brad Thor), a book that “should come shrink-wrapped with a seat belt” (Steve Berry). Now, bestselling author James M. Tabor ups the ante and the action in his second extreme thriller, as brilliant and battle-tested heroine Hallie Leland confronts intrigue and murder in the most unforgiving place on Earth.

The South Pole’s Amundsen Scott Research Station is like an outpost on Mars.  Winter temperatures average 100 degrees below zero; week-long hurricane-force storms rage; for eight months at a time the station is shrouded in darkness. Under the stress, bodies suffer and minds twist. Panic, paranoia, and hostility prevail.

When a South Pole scientist dies mysteriously, CDC microbiologist Hallie Leland arrives to complete crucial research. Before she can begin, three more women inexplicably die. As failing communications and plunging temperatures cut the station off from the outside world, terror rises and tensions soar. Amidst it all, Hallie must crack the mystery of her predecessor’s death.

In Washington, D.C., government agency director Don Barnard and enigmatic operative Wil Bowman detect troubling signs of shadowy behavior at the South Pole and realize that Hallie is at the heart of it. Unless Barnard and Bowman can track down the mastermind, a horrifying act of global terror, launched from the station, will change the planet forever—and Hallie herself will be the unwitting instrument of destruction.

As the Antarctic winter sweeps in, severing contact with the outside world, Hallie must trust no one, fear everyone, and fight to keep the frigid prison from becoming her frozen grave.

“The Andromeda Strain meets The Thing. Effectively blending horror with the science thriller, Tabor keeps readers on edge from beginning to end.”—Booklist

“We can’t get enough of mad scientist cabals who want to take over the world with the power of genetic engineering.”—io9

“A taut page-turner . . . Tabor’s not the first genre writer to take advantage of the forbidding conditions at the South Pole, but few have done so to better effect.”—Publishers Weekly (starred review)

“As you read this chilling novel it won’t be the frigid setting that sends tremors up your spine but rather the dark premise of this horrifying and engrossing story.”—BookIdeas.com

“A fast-paced, visceral thriller with a likeable heroine and some stellar high-stakes action sequences.”—ScienceThrillers.com

“The suspense was never-ending. . . . [There’s a] heart-stopping build-up towards the ending.”—Books4Tomorrow 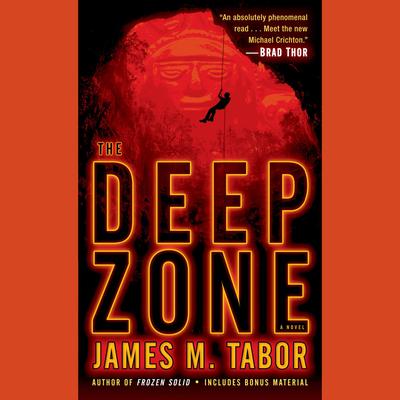 In this gripping debut thriller from James M. Tabor, a brilliant and beautiful scientist and a mysterious special ops soldier must lead a team deep into the Earth on a desperate hunt for the cure to a deadly epidemic.

When she was unjustly fired from a clandestine government laboratory, microbiologist Hallie Leland swore she would never look... Read more »

The Deep Zone was hailed as “an absolutely phenomenal read by the new Michael Crichton” (Brad Thor), a book that “should come shrink-wrapped with a seat belt” (Steve... Read more »