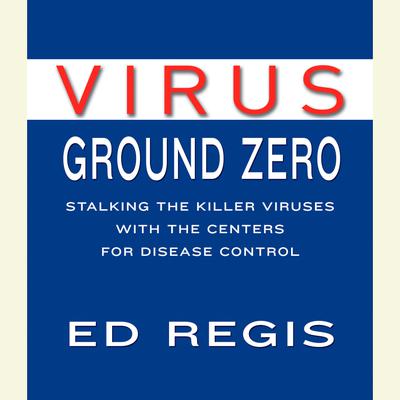 In a destitute hospital in the crowded African city of Kikwit, townspeople, nurses, and doctors are dying of a gruesome disease at the rate of more than a dozen a day. Zaire is on the brink of an explosive epidemic - but the outbreak is stopped when experts from the Centers for Disease Control (CDC) in Atlanta arrive in the city, reclaim the hospital, and interrupt the chain of virus transmission. With remarkable speed, the CDC's virus detectives trace the outbreak back to its first human case, travel to the "viral ground zero" where the Ebola virus burst out of the jungle, and trap a vast collection of animals that potentially harbor the virus - including the rats overrunning their hotel rooms. It's all in a day's work for the CDC's disease cowboys, who risk their lives daily at the bottom of nature to confront the world's deadliest pathogens. Now acclaimed science writer Ed Regis takes us on a fascinating odyssey across the viral frontier, chronicling the CDC's extraordinary fifty-year history against the backdrop of the 1995 Ebola outbreak - and exploding the media-driven myth of "the coming plague." Starting from a small government agency founded for the purpose of eradicating malaria from the United States in the 1940s, the CDC has grown into a disease-fighting behemoth whose sphere of action is the entire planet. Virus Ground Zero shows how the CDC's viral shock troops have helped remove one deadly virus from the face of the earth, are scheduled to do the same with another by the year 2000, and have similar lethal plans for a whole range of other microbes.