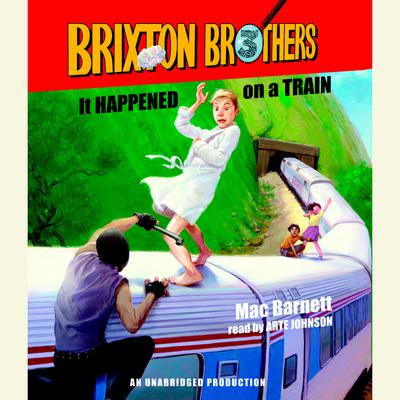 It Happened on a Train

Retired private detective and current seventh grader Steve Brixton has a new career: taking out the garbage on Wednesdays for five bucks a week. But it’s hard to leave the old game behind, and on a train trip down the California coast, Steve finds himself pulled back into sleuthing. Soon he’s in over his head in four feet and eleven inches of mystery involving a fleet of priceless automobiles, a deadly assassin (or maybe just a faulty lock on a sauna door), and a secret train car filled with intrigue. Plus there’s a girl involved, which complicates everything. I mean she’s just Steve’s friend. And really, they barely even know each other. It’s not like they’re boyfriend or girlfriend or anything, okay?