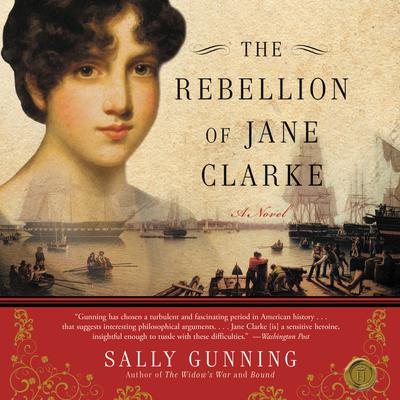 The Rebellion of Jane Clarke

From the author of The Widow’s War and Bound comes a compelling new novel about a young woman’s struggle to decide where her loyalties lie—with family or wiht forbidden love; with roaylist tradition or upstart independence—on the eve of the Revolutionary War.

It’s 1769. The Winslow and Clarke families have been feuding over mill stream rights for generations, but Jane Clarke has managed to stay comfortably aloof, neither doubting her father’s claims nor getting overly involved. But when someone hacks the ears off Mr. Winslow’s horse, everyone in town believes that Mr. Clarke is the culprit, and Jane’s world view and trust in her father are turned upside down. So when Phineas Pain asks for her hand in marriage after securing her father’s blessing, Jane says no, and is sent to Boston as punishment to care for her spinster aunt.

But when Jane arrives in Boston the only thing she can think about is the conflict in her life—father vs. daughter, loyalist vs. rebel, Winslow vs. Clarke—that is now complicated further by her seemingly unbalanced aunt, the kind British soldiers and the local townspeople who taunt them, and her beloved brother who is fervently channeling his own frustrations into rebel activity.

As political tensions mount, Jane finds herself deeply embroiled in the impending war, and as a witness to the Boston Massacre, and she comes to question the seeming truth.