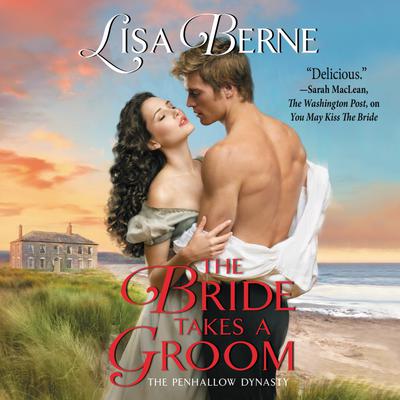 The Bride Takes a Groom

Katherine Brooke may be a fabulously wealthy heiress, but she’s trapped, a pawn in her parents’ ruthless game to marry her into the nobility. Then Captain Hugo Penhallow—so charming, as handsome as a Greek god—comes into her life once more, and suddenly she sees a chance to be free.

As a Penhallow, his is one of the highest names in the land, but still his family is facing ruin. So Katherine boldly proposes an exchange: his name for her money. But only if Hugo understands it’s merely a practical arrangement, and that she’s not surrendering herself entirely.

Back from eight years in America and determined to give his younger siblings a better life, Hugo agrees. He’s never fallen in love, so why not? Yet neither of them guesses that this marriage will become far, far more than they ever dreamed of . . .