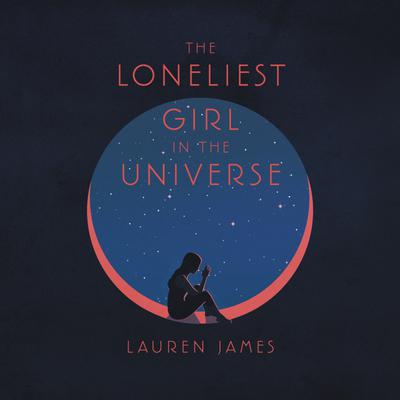 The Loneliest Girl in the Universe

The Loneliest Girl in the Universe

“The description of this book doesn't do it justice and this story was nothing that I had anticipated in the end in the best of ways. what starts off as a cute space teen romance takes a deep space turn when there are discrepancies in communications. The main character is not a sad lonely girl who just needs another person in her life- but instead is determined, thoughtful, resourceful and wildly independent (which she shows does not come from being alone but instead on what you accomplish on your own). I was trying to listen to something soft while I was on a plane and trying to doze off, but I got NO sleep on that plane ride thanks to how intense this book got out of nowhere. It's been a few weeks and I'm still trying to recover.”

A surprising and gripping sci-fi thriller with a killer twist

The daughter of two astronauts, Romy Silvers is no stranger to life in space. But she never knew how isolating the universe could be until her parents’ tragic deaths left her alone on the Infinity, a spaceship speeding away from Earth.

Romy tries to make the best of her lonely situation, but with only brief messages from her therapist on Earth to keep her company, she can’t help but feel like something is missing. It seems like a dream come true when NASA alerts her that another ship, the Eternity, will be joining the Infinity.

Romy begins exchanging messages with J, the captain of the Eternity, and their friendship breathes new life into her world. But as the Eternity gets closer, Romy learns there’s more to J’s mission than she could have imagined. And suddenly, there are worse things than being alone….