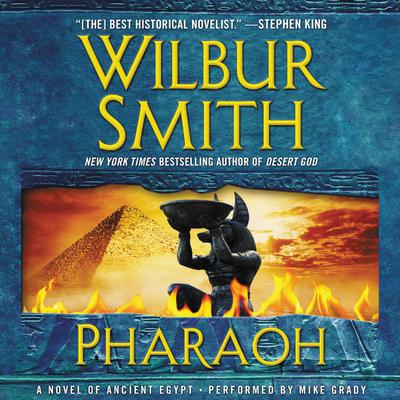 A Novel of Ancient Egypt

One of the world’s bestselling authors, Wilbur Smith returns to Ancient Egypt in a breathtaking epic that conjures the magic, mystery, romance, and bloody intrigue of a fascinating lost world. Taita, the Pharaoh’s advisor and hero of Desert God and River God, once again finds himself caught up in a whirlpool of ruthless intrigue that threatens the very foundations of the beloved empire he has pledged his life to protect. Plunged into dangerous and deadly waters more treacherous than the Nile, he must use his intelligence, alchemy, and cunning to protect his Pharaoh and keep safe all he loves.