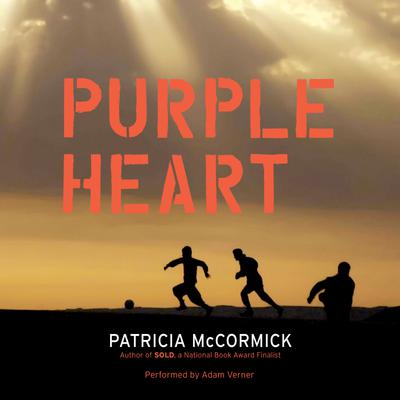 When Private Matt Duffy wakes up in an army hospital in Iraq, he's honored with a Purple Heart. But he doesn't feel like a hero.

There's a memory that haunts him: an image of a young Iraqi boy as a bullet hits his chest. Matt can't shake the feeling that he was somehow involved in his death. But because of a head injury he sustained just moments after the boy was shot, Matt can't quite put all the pieces together.

Eventually Matt is sent back into combat with his squad—Justin, Wolf, and Charlene—the soldiers who have become his family during his time in Iraq. He just wants to go back to being the soldier he once was. But he sees potential threats everywhere and lives in fear of not being able to pull the trigger when the time comes. In combat there is no black-and-white, and Matt soon discovers that the notion of who is guilty is very complicated indeed.

National Book Award Finalist Patricia McCormick has written a visceral and compelling portrait of life in a war zone, where loyalty is valued above all, and death is terrifyingly commonplace.